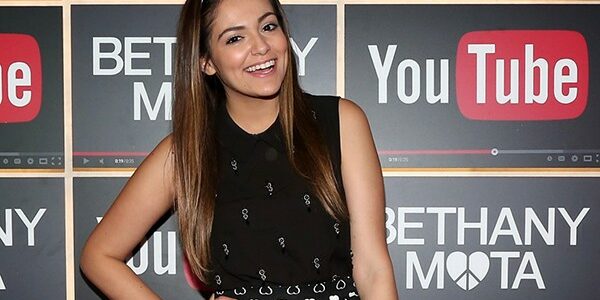 A celebrity is a celebrity whether they’re an athlete, TV star, celebrity chef or famous CEO. When you are canvassing the celebrity landscape for your next celebrity spokesperson or celebrity guest speaker, you can’t forget some of the most recognizable entertainers in pop culture today: social media stars.

A recent study shows that the nearly 3 million teens have left the mighty Facebook army over the past 3 years. Marketers need a new platform to reach that demographic that spends nearly $260 billion each year. They often run into one simple issue: most marketing teams aren’t teenagers, so how are you supposed to know how to market to them?

Instead of trying to speak their language, try hiring someone who actually does. Social media stars from YouTube, Instagram and Vine among other platforms generate content that receives millions of impressions a day. Here are some stand outs in the world of social media that could enhance your future marketing campaign:

Jenna Marbles rules the YouTube roost! With a little over 14 million subscribers a 1.5 billion video views under her belt, Jenna has become the most followed female operated account on YouTube. She creates quality content that keeps her fans engaged and attracts new fans daily. Jenna’s career has now grown into a cross platform brand that started with a YouTube channel and now includes Instagram, Vine and Twitter. Just this year she began hosting her own weekly radio show on SiriusXM called The YouTube 15.

This girl is authentic. Jenna can poke fun at herself. She’s got a relatable quality about her and her keen sense of humor strikes a chord with her followers; hence the reason she has so many. In a digital marketing age that demands social media interaction by your brand, why not partner with the most-followed female YouTube personality on air?

Crazy doesn’t even begin to describe Logan Paul’s infectious energy. He is the face of the viral “do it for the Vine” craze. The kid has literally set his pants on fire, jumped over cars, jumped into a frozen lake and roller skated in a leotard during the coldest of winter. Now that is some true dedication to your craft!

Paul has over 5.3 million followers on Vine and has nearly a billion loops among all his Vines. He is relatively new to the game since the creation of Vine’s video service in January of 2013. He was also one of the first major social media personalities to utilize Snapchat as a way to connect more closely with his fans. He constantly adds to his story and redirects fans to screenshot pictures from his story and Tweet and Instagram them with a certain hashtag. The seamless cross-pollination of all of Paul’s social media channels can make him a valuable asset when your brand is looking to disseminate information to a large target audience.

Along with Jenna, This girl restores our faith for women and the world of social media. She worked to become one of the biggest Vine stars on the planet with over a billion loops. Brittany has created a personal brand of fierce realness and humor. Her style of comedy is Sarah Silverman-esque, with an added element of outrageousness.

With her huge social media following, it’s no surprise that Brittany has already picked up a sponsorship gig. The Whisper App has become a widely successful app where users can post secrets or confessions anonymously. Though this may be an odd match up of product and sponsor, the Whisper App is onto something. An overwhelming number of Vine users exclusively use the mobile app interface, so why not market your app to customers that are already on their mobile device? Brittany is a firecracker and may be just what your company needs as a celebrity speaker to fire up your next corporate event.

His Vine bio explains it all: FRIENDS, NOT FANS. WE LOVE LIFE LIKE CRAZY! This kid made himself into a number one worldwide trending topic with his fun-loving Vine roll of pure comedy. He’s a globally known personality. Some companies have different Twitter handles and Facebook pages for each of the countries they are based in. Each company has a different marketing strategy naturally, but that doesn’t mean each one needs a different spokesperson.

With over 7 million followers on Vine and nearly one million followers on Twitter, Jarre has established a fan base that can be reached with video, images and words. A youthful brand looking to globalize should look certainly consider the upside of Vine’s biggest prankster. He has appeared on Ellen, the Oscar’s Red Carpet and various late night shows. He is a global celebrity with a fun, inspiring personal brand that promotes individuality with positivity and a smile. He refers to his fans as friends, and shouldn’t that be the goal with your target audience too?

Yep, that Bethany Mota. Maybe you hadn’t heard of her before she tango’d her way into American’s hearts on the currents season of ABC’s Dancing With the Stars. Bethany has become YouTube’s DIY Queen with over 7.5 million subscribers. Bethany is one of those social media influences who has only just barely scratched the surface on her potential as both an entertainer and celebrity personality.

She has already her own signature clothing line with Aeropostale and her current TV gig on DWTS is providing visibility to a large audience of new fans. At the Nickelodeon Kids’ Choice Awards in March, Bethany played sideline reporter for Entertainment Tonight on the red carpet. Her interviews were easily some of the most entertaining of the night. You can’t teach charisma folks, and this YouTube star was born with it.

Maybe next time you are thinking about booking an athlete or Kardashian, you may consider turning to the next big thing rather than the already done. These talents may get your product seen and raise brand awareness, but don’t forget to how important a digital presence has become. If you’re interested in hiring a social media star as a celebrity guest speaker or celebrity spokesperson for your next event or marketing campaign, contact Celebrity Speakers Bureau at booking@celebrityspeakersbureau.com or call us at (212)410-2853.