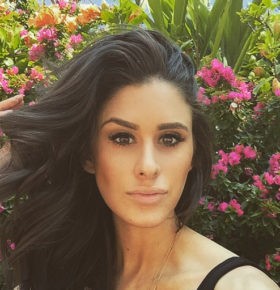 One of Vine’s most famous female users is social media star and celebrity speaker Brittany Furlan. She has single-handedly built a career using an app that generates 6-second videos. She is the 3rd most viewed Viner with over 5.5 million followers and she got this way simply by being herself.

Brittany started out like any other new Hollywood-goer originally from Philly, but what set the celebrity speaker apart was her passion for comedy and love of her fans. Her comedy style is spunky mixed with edgy. She likes to pull pranks just the next guy and crack you up with hysterical one-liners. Brittany is different, though, because she likes to research what people are talking about and are interested in these days and expand on that using her sense of humor.

Brittany landed her first gig with a practical jokester role in Reality Hell on the E! Network. She then starred in Prank My Mom. Both shows led her to some early stardom when she decided to create a Vine. Since then, she has exploded! Brittany has made appearances on Fashion Police and several other E! Network shows such as The Soup and Chelsea Lately. Brittany has also made appearances on MTV’s Ridiculousness. She also started in the 2014 comedy short Facebook Is Not Your Friend.

Brittany used Vine in 2 special ways, mostly to entertain her fan base and just to be all around funny. But she also used Vine as a branding tool for companies. Brittany has worked with and promoted brands such as Benefit Cosmetics, Reebok, Wendy’s, Trident and Dickies.

In 2014, Brittany won Viner of the Year at the 2014 Streamy Awards. Brittany is currently working with the creators of Cartoon Network’s Robot Chicken to develop a female-led cartoon show.