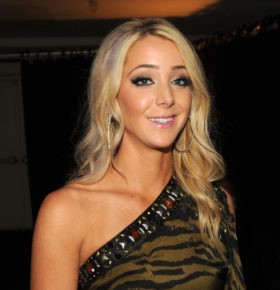 In the new age of Internet stardom and celebrities there are few brighter young stars than Jenna Marbles. Celebrity speaker Jenna has created her name based primarily on her online profile that is highlighted by her YouTube Channel.  Prior to her internet blow-up, Jenna hailed from Rochester, NY (as Jenna Mourey) and later moved to Boston to pursue an education.

Celebrity Speaker Jenna started her online stardom as a writer for the Barstool Sports web sites.  She was featured primarily on the site’s sister publication StoolLaLa.  Here she established a reputation as an edgy and funny writer and personality.  In 2011 Marbles really hit her stride with the success of her YouTube Channel.  Her video, “How to Trick People Into Thinking You’re Good Looking,” went viral earning over 5 million views in its first week online.  The video has continued its success and currently has over 55 million views on the website.  Jenna has found a niche with her YouTube followers, and frequently mocks American pop culture in a humorous self-reflecting way.  Her videos all record views into the millions, and she is currently the 7th most subscribed channel on YouTube.  Her popularity spikes even higher with the female demographic, and she is the top channel operated by a woman with over 13 million subscribers.

Aside from her popularity on YouTube, Jenna also writes and operates her own blog JennaMarblesblog.com.  She is also an avid dog-lover and currently lives in Santa Monica, CA with her two dogs.  Jenna even began a brand of dog toys called “Kermie Worms & Mr. Marbles” based on her own two canines.  In June 2014, Sirius XM chose Jenna Marbles to host a new show called “The YouTube 15”, which will be featured on SiriusXM Hits 1.