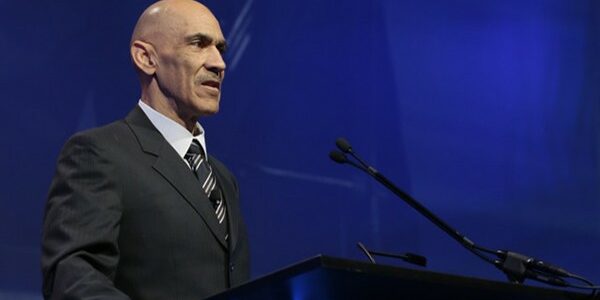 By Anthony Johnson on March 1, 2017 in Speakers News, Trending Speakers

Whether you’re hosting your annual corporate conference, business summit, internal meeting, fundraiser or other special event, one of the most challenging decisions you will have to make in the event planning process is determining which motivational speaker will truly capture the attention of your attendees and drive home the theme and goals of your event. At Celebrity Speakers Bureau, we’re making your job easier! This week we’ve provided a list of the top trending motivational conference speakers available for hire, each with their own powerful stories and inspirational messages to share. You can’t go wrong hiring one of these great motivational conference speakers to wow the crowd at your next event!

Tony Dungy: Kicking off our list of motivational conference speakers for hire is former NFL coach, current sports broadcaster and NY Times bestselling author Tony Dungy. Tony has transcended the game of football as a powerful role model and leader amongst his peers and for the future generation serving as a keynote speaker for a variety of different events from corporate conferences and business forums to industry networking events and college speaker series. Depending on the nature of the event, Tony can touch on topics such as faith, family, integrity, overcoming adversity, creating positive growth in businesses and developing a winning strategy in work and life. 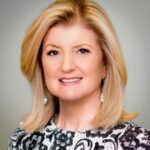 Arianna Huffington: Huffington Post co-founder and entrepreneur Arianna Huffington is a hot ticket early in 2017! Arianna has been announced as the headlining keynote speaker for several big events in the next couple months including the Women’s Transportation Seminar Annual Conference in May and NeoCon 2017 in June. Since stepping down from her role as editor-in-chief of the Post, Arianna has been focused on her new startup Thrive Global providing women with important health & wellness information. Arianna has not been afraid to blaze her own trail to success and serves as a great inspiration for audiences at business conferences and leadership events. 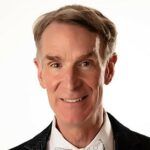 Bill Nye: Bill Nye the Science Guy… Bill! Bill! Bill! This famous scientist, engineer, author and inventor is one of the most beloved members of the scientific community and a leading voice on environmental issues such as sustainability and climate change. In January, Bill spoke to an audience at Heidelberg University about being optimistic for the future and in turn believing in one’s own abilities to change the world. While his speeches are typically centered around environmental topics, his overarching speech themes speak to a broader message of finding your purpose and taking action to improve your life and the world around you. 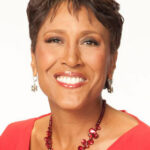 Robin Roberts: Hard-working, caring, resilient, and inspiring are just a few of the words we could use to describe former sports broadcaster turned morning show news anchor Robin Roberts. Her life has been full of ups and downs from major career achievements and special life moments to battling life-threatening illnesses. Robin inspires all of us to not take anything for granted and to fight fearlessly and relentlessly for what we want out of life. As a keynote speaker for special events, Robin shares stories of character, perspective and appreciation for life’s joys and challenges that are sure to hit home with your audience. 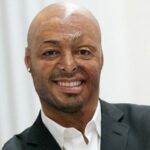 J.R. Martinez: Have you ever been down on your luck, facing one of life’s inevitable curveballs asking yourself ‘why me’? Motivational speaker and army veteran J.R. Martinez can tell you why. J.R. spent 34 months in the hospital battling for his life after the Hummer he was driving in Iraq hit an IED and caused severe burns to over 34% of his body. Adapt and overcome. Two words J.R. uses to explain life’s obstacles and the action one must take to face adversity head on with optimism and resilience. He has become one of the most popular motivational conference speakers on the circuit specifically for university speaker series, military events, and top corporate conferences for companies such as General Motors and Wells Fargo. J.R. will empower your audience to accept life’s challenges and have the courage to face the future with no fear.

Viola Davis: Awards season has been a busy one for this talented actress and empowering female motivational speaker! In the last few months, Viola has won an Oscar, a Golden Globe and a SAG Award and is the first African-American actress to win the Triple Crown of Acting (Oscar, Emmy, Tony Awards). What’s more, she’s taken the chance to use her influential voice in entertainment to encourage positive social change through her awards speeches and outside speaking engagements at annual conferences and women’s leadership summits. Most recently, Viola spoke at the Watermark Conference for women’s mentorship where she urged the crowd to embrace their roots and own their life story. 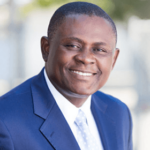 Bennet Omalu: Bennet’s story of perseverance and determination amidst public scrutiny was immortalized in the 2015 film Concussion starring Will Smith. Dr. Omalu is the man responsible for discovering the presence of a harmful brain condition now known as CTE in football players and other action sports stars and military veterans. At first, many doctors, peers and outside organizations such as the NFL refused to accept Bennet’s findings as legitimate. He stood up to those naysayers and is now praised for one of the most important modern breakthroughs in sports and medicine. As a motivational conference speaker, Bennet sares his life story and the things along the way that guided him to become the success he is today. 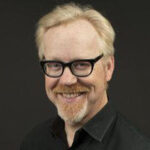 Adam Savage: You probably know keynote speaker Adam Savage best from his 13-year run as the host of the overwhelmingly popular science TV series Mythbusters on the Discovery Channel. He is an animated and energetic TV personality and special effects designer who hasn’t been afraid to challenge the status quo and the world as we know it. As you can imagine, Adam is one of the most requested motivational conference speakers for science events, university speaker series as well as major industry conferences such as SXSW. He shares stories from behind the scenes of the many experiments and design projects he has completed over the course of his career and what he has learned about the world around us. 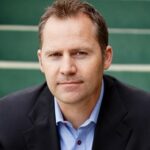 Rorke Denver: Retired Navy SEALs Commander and NY Times bestselling author Rorke Denver is a well-respected American hero and motivational conference speaker. He starred in the 2012 hit film Act of Valor which was based on true SEAL events following his own 13-year career as a SEALs commander and lead training officer. He now stars on the FOX reality TV series American Grit and has just been announced as a featured speaker for the Property Innovation Summit in May. Rorke uses the lessons he has learned training with the SEALs to teach audiences how to show true leadership and perform at the highest level of their abilities every day. 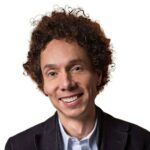 Malcolm Gladwell: This NY Times bestselling author, journalist and keynote speaker is a major thought leader in social psychology. Malcolm has been a lead writer for The New Yorker since 1996 and has published 5 books documenting historical trends and events amongst different societies and generations. His written work has earned him the title as one of TIME Magazine’s list of 100 Most Influential People in the world. Malcolm is a cerebral keynote speaker who helps better explain human nature and the way humans interact which is very useful for audiences such as sales teams looking for better ways to connect with and engage clients.

What are you waiting for? Contact Celebrity Speakers Bureau today to hire motivational conference speakers from the list above or another top conference speaker from our robust database of available keynote speakers. Our sales team of speaker booking agents with over 20 years of experience will come alongside your organization and help you vet available speakers, determine speaker fees, hire motivational conference speakers and provide day of event and logistics support. Contact us today to discuss your event and speaker needs via email at booking@celebrityspeakersbureau.com.