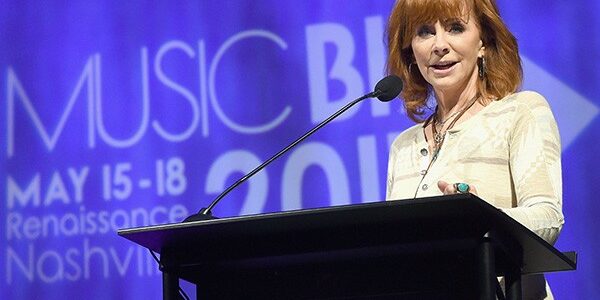 Why You Should Hire Country Music Speakers for Your Event

Hire Country Music Speakers To Rock The Stage At Your Next Special Event:

Why should you hire country music speakers for your event? Nothing gets people rocking like a great country music song. Behind these songs are popular, talented musicians, and they’re some of our favorite celebrity speakers for hire. If you’ve ever been to a concert, you know what we mean. They’ve got personality, flair, big vocals, and rootin’ tootin’ songs that can’t help but get the crowd out of their seats to dance along. These artists know how to work an audience, and energy is their specialty.

A country ballad has a particular national appeal. Why? It’s a story, and everyone loves a good tale. These singers can yarn together an emotional story, match it to good music, and sing it proud. Which is exactly what you want out of a speaker – a person who can command an audience, and reach them in a genuine, human way. Even better, country stars are low drama. These artists are family-oriented and all reach out to their communities to help and engage. Their spirit and dreams are infectious.

So, it’s no wonder so many people want to hire a country music speaker for their events. The songs they write and perform are great, indeed, but so are the lives of these celebrity speakers. A move to Nashville in a gamble to realize their dreams is how so many of these stars began, and it wasn’t always so easy. For a fun, heart-warming, inspiring event, consider keynote speakers in country music.

Here are some of our favorite country music speakers for hire – Read on and see who’s best for your event!

Reba! It’s not just her first name, but the title of her former hit show. This fun-loving superstar isn’t just a great singer, but a talented actress – McEntire’s show won her a Golden Globe award, and she’s performed on Broadway in Annie Get Your Gun as Annie Oakley. Reba is also the name of one of her albums – she’s released 30 of them all together. A go-getter, true, but an amazing talent McEntire is one of the best selling artists in history. So there’s that. But she’s also an engaging personality – McEntire is a wonderful addition for any meet and greet, putting on that good southern charm that seems to be so deeply embedded in the singer. A talent like this makes for an excellent addition to any marketing campaign, too. She can sing, speak, act, perform, and she’s a killer business woman. What else could you want?

This rising star found her start on Fox’s American Idol. She made an impression, achieving a record deal in which her first album went gold. A true country girl, Pickler stays real as she continues to record music, three albums now, and finds her way back onto the television screen, as well as giving back through philanthropy. A winner of Dancing with the Stars, Pickler is newly co-hosting a CMT talk show, Pickler & Ben. Her charity work has included support with St. Jude Children’s Research Hospital, and online auctions to support orphaned and abandoned children, of which Pickler was herself, having been raised by her grandparents. A full life at a young age, Pickler makes for a great panelist or a celebrity appearance. Warm and spunky, she lights up any room and can excite a crowd with her sweet nature and killer vocals.

Celebrity Speakers Bureau can connect YOU with a top country music speaker for hire!

One of the most recognizable men in country music, George Strait has had an incredible career. He’s sold over 100 million albums, and holds the record for the most #1 albums. Still, “The King of Country Music” remains a kind, friendly man. Strait is a hall of famer, and Grammy award winner in addition to many other incredible accolades. This superstar is more than an incredible musician – he has stories to tell. He’s an army vet, a graduate of Southwest Texas University where he studied agriculture, and he managed a family cattle ranch as he was trying to get his music career off the ground. It took years for Strait to land a record deal. Strait is a great example of a powerful man who had to really work his way to the top. He makes for an engaging, entertaining, and charming celebrity speaker.

With a new hit album released, Dierks Bentley is making things happen. The off the beaten path country singer looks to his life and heart to create his music, rather than thinking about sales. It works. He’s a Grammy award winner, among other honors, and has recently been profiled in Esquire and Rolling Stone. A good heart aligns with this star’s good music. During the promotion of his album “Riser,” Bentley donated a percentage of profits to the Children’s Miracle Network; and he’s raised millions of dollars for other philanthropies. Bentley’s career spans over a decade and the end is nowhere in sight. If your event needs a performer, a personality, or a keynote speaker on following your dreams, Bentley’s your man.

Country music speakers offer excitement unmatched by other keynote speakers on the circuit:

What can we say about Trisha Yearwood? She’s a massive powerhouse. Ever since her breakout in the early 1990s, Yearwood has been an absolute force in the country music scene. Her songs are strong ballads about young women that earn her praise and admiration. Ten number 1 singles line with her name, she’s a member of the Grand Ole Opry, a Grammy winner, and has sold more than 15 million albums. But Yearwood can do more rock a stadium, though she can do that with aces – she can cook! In fact, Yearwood is a best selling cookbook author and a Food Network host of her own show, “Trisha’s Southern Kitchen,” for which she won an Emmy award. Here’s a star you can really do anything with – she can give a singing performance, a cooking demonstration, a keynote talk, or do a celebrity appearance.

It’s clear, country music celebrity speakers are dynamic choices for any event. Between Q&A sessions, performance appearances, and meet and greets, these speakers can do it all. They really thrive in keynote speaking engagements, though. It’s their stage presence and uncanny universal quality to be relatable role models that makes people love country music stars. The road to fame is always a fascinating story. Hire country music speakers to entertain your audience with a glimpse into the music world!

Give our agents a call! Not only will they help you select incredible famous motivational speakers, they know all the ins and outs of the industry, whether you’re looking to hire country music speakers to keynote an event, or if you’re looking for celebrity endorsements, we can help with that process, too. As you can see, country music singers run the gamut with ways you can utilize them at special events. But that’s what we’ll help you navigate. So contact us today and we’ll find you a top country music celebrity speaker who’s sure to make your event one to remember!