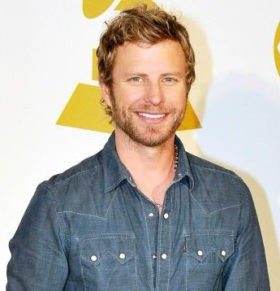 With over ten number one singles to date, country music singer Dierks Bentley has paved his own distinct and durable career along the path that is not well-traveled. Instead of following the trend of catchy pop tracks and vapid lyrics, the singer songwriter stays true to himself, putting his heart and soul into every song and album he makes. The results of his hard work are obvious—with seven albums and one of the longest and successful music careers out there, the Grammy-nominated artist makes a connection with his listeners through his songs that is undeniable. Without a doubt, Celebrity Speaker Dierks rightfully earned his two Country Music Television Awards; he also received accolades from the Academy of Country Music and the Country Music Association and performed on the Today Show and the Late Show with David Letterman. Dierks is currently on his Sounds of Summer Tour which is his 10th tour that he has headlined.

The hit singer-songwriter is also a do-gooder; to promote his 2014 album Riser while simultaneously raising money for the Children’s Miracle Network Hospitals, Dierks created a Riser Bird movement, in which fans can send a flock of fake birds to a friend’s yard. It all leads up to Dierks’s annual Miles & Music for Kids event. The concert, which is sponsored by Harley Davidson, is part bike ride, part concert featuring Dierks along with Chris Young, Jon Pardi, and Randy Houser. To date, the country star has raised millions of dollars through his philanthropic efforts.

Even though he has toured the country with the likes of Darius Rucker, Brad Paisley, and Miranda Lambert, Dierks is a family man, balancing life on the road with his home in Tennessee with his wife, three kids, and two dogs. Dierks has also made his career into the family business—his oldest daughter Evie made a vocal appearance on his song Thinking of You, and family dog Jake has had cameos in numerous music videos. In a career spanning over a decade, the longevity of his career is a testament to how strongly Dierks’s ability to be vulnerable and personal in his music resonates with listeners.