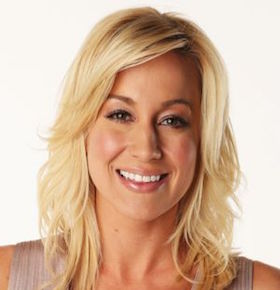 Country music star and celebrity speaker Kellie Pickler made her television debut on Fox Network’s hit singing competition series American Idol in its fifth season in 2005. The North Carolina native who was profiled for the show as a roller skating waitress sang her way to the top 6 singers in the competition before she was voted off and has since made a name for herself in the country music world on her own. During the competition series, Kellie went up against several others who have also gone on to have successful singing careers, including Chris Daughtry, Katharine McPhee, and the season five winner, Taylor Hicks. Although Pickler did not win the competition, she had certainly put herself on the map as one of famous Idol judge Simon Cowell’s favorite contenders throughout the season.

In 2006 Kellie Pickler released her first single Red High Heels, followed by the release of her first album as a country music artist titled Small Town Girl. She has since gone on to release three follow up albums, including Kellie Pickler in 2008, 100 Proof in 2012, and The Woman I Am in 2013. Kellie has been nominated for and won several Awards since the beginning of her career including CMT Music Awards for Breakthrough Video of The Year, Tearjerker Video of the Year and Performance of The Year for her song, I Wonder, which was the second single from the album Small Town Girl.

Pickler put on her dancing shoes in 2013 when she was announced as one of the competitors of ABC’s hit reality dance competition series, Dancing with the Stars. In season sixteen of the series, Kellie went up against eleven other celebrity contenders, including fellow country music singer Wynonna Judd, Olympic gymnast Alexandra Raisman, NFL player Jacoby Jones, and many others. In the final week, Kellie and her dance partner Derek Hough were in the final 3, going head to head with Disney Channel star Zendaya and her partner Valentin Chmerkovskiy, as well as Jacoby Jones and Karina Smirnoff. Pickler and Hough came out victorious, winning season sixteen of the show and were awarded the DWTS mirror ball trophy.