Celebrity Speaker Mark Wahlberg didn’t start out as an actor; his first claim to fame came as the younger brother of Donnie Wahlberg of New Kids on the Block. As one of the original members at only 13, Mark along with Donne, Danny Wood, Jordan Knight, and Jonathan Knight became a hit overnight.

He then went on to record as Marky Mark and the Funky Bunch with the hit song, Good Vibrations. Produced by Donnie and eventually hit No. 1 on the Billboard Hot 100. Known for his sexy physique, Mark appeared in a Calvin Klein underwear ad and TV advertisements. He also made a workout video, The Marky Mark Workout: Form… Focus… Fitness.

Celebrity Speaker Mark Wahlberg’s acting career began in 1993 in the movie The Substitute. But not until 1994 did his big screen acting career debut in Renaissance Man. Soon after that he starred in movies with Danny DeVito and Leonardo DiCaprio. Some of his successful movies include Boogie Nights as Dirk Diggler, Three Kings, The Perfect Storm, The Italian Job, Four Brothers, Village Voice, The Lovely Bones,  and Cocaine Cowboys. He also worked with Matt Damon in The Departed, for which he was nominated for an Academy Award for Best Supporting Actor for his role. In 2010, Mark starred in The Other Guys, Lone Survivor, Transformers: Age of Extinction, Ted, and The Fighter. His role in The Fighter earned him an Academy Award for Best Picture. In 2017, Mark was the world’s best paid actor.

In addition to movies, Mark Wahlberg is a co-owner of restaurant chain Wahlburgers and is an executive producer of four HBO series. Mark is actively involved in charity, founding the Mark Wahlberg Youth Foundation to help fund youth service and enrichment programs. He also supports The Good Shepherd Center for Homeless Women and Children. Mark Wahlberg is available for speaking engagements, hospitality, and endorsements.

TO WORK WITH MARK WAHLBERG: Celebrity Speaker Mark Wahlberg can be hired for endorsements and events in roles such as a public speaker, autograph signings, SMT’S, and public relation campaigns. 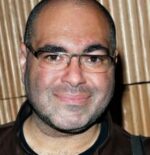