Rob Gronkowski, commonly referred to as “Gronk,” is a former NFL tight end. The future Hall of Famer retired after the 2018-2019 season when he won his third Super Bowl with the New England Patriots. Although Gronk is retired, there is speculation that he could return to the game at some point in the near future. Whether Rob returns to football or not, he’s cemented in NFL history as one of the best tight ends ever.

Sport speaker Rob grew up in New York State, right outside of Buffalo. One of five brothers, Rob was the most successful brother in terms of athletics, all five played sports professionally, though. Gronk and his brothers have a business outside of football called GronkNation. The company is a fitness and workout brand, supplying equipment like protein shakers among other things. The company also sells Gronk themed apparel.

Rob has done numerous celebrity endorsements. He has represented companies like Tide, even appearing in a commercial for the laundry brand. Gronk most recently began a partnership with a CBD company, CBDMedic, where he has already started advocation, activation, and production for the brand.

Business speaker Rob has come to be known as very sensible when it comes to spending money. Gronk made over $50 million just from playing in the NFL. It is reported that he hasn’t spent much if any of his career earnings from the NFL. Instead he is able to make money from his endorsement deals which are managed by his family’s company, InSite Media Services. Gronk has become so good with money that his teammates have frequently asked him for advice before making purchases.

Celebrity philanthropist Rob Gronkowski has also become involved with many charities during his career. His company, GronkNation, runs The Gronk Nation Youth Foundation. The foundation’s goal is to motivate kids to reach their full potential through sports and education among other things. Outside of his own foundation, Gronk has also devoted time and money to Boston area hospitals in addition to other organizations.

Throughout his career, celebrity speaker Gronk has gained an interest in acting and producing. In recent years he’s appeared in WWE events as well as in the Entourage movie. He’s produced Shark Week’s 50 Best Bites, Unsportsmanlike Comedy with Rob Gronkowski, and MVP, all of which aired on TV.

WORK WITH ROB GRONKOWSKI: Would your organization like to hire Rob Gronkowski for an endorsement, public relations campaign, or one of a kind appearance at your next conference or special event? Contact Celebrity Speakers Bureau today to hire celebrity speaker Rob Gronkowski or another great celebrity speaker via email at celebexpertsmail@gmail.com or call (212) 410-2853. 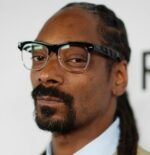 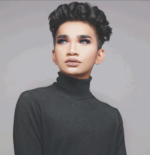