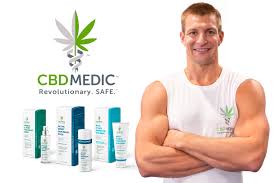 Recently retired football tight end and future Pro Football Hall of Fame player, Rob Gronkowski, made news this past week by announcing his newest investment in the CBD industry. His investment will come in the form of a creative partnership with the popular CBD brand, CBDMedic. The two sides will collaborate on a line of topical medications that relieve pain.

Gronk’s involvement in the health and wellness industry is not new as he owns a fitness brand with his family, called GronkNation. The company provides health and fitness apparel as well as equipment.

Rob’s newest health related endeavor has already been activated on his Instagram where he has over 3.3 million followers. His activations have reach hundreds of thousands of people on social media in just one week since the partnership was announced. As the CBD industry continues to grow, expect CBDMedic and Gronk to explore new ways to activate their collaboration. 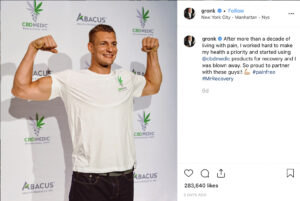 CBD in the NFL

CBD has gained popularity with numerous health applications. One of CBD’s most popular uses is as a pain reliever. Football players, like Gronk face extensive pain due to the bone crushing hits they face and injuries they sustain. The NFL, has publicly had issues in the player safety category, specifically with concussions and CTE. There are numerous other injuries and ailments players face, though.

Injuries other then concussions that players sustain can be just as damaging if not more, as players often face long recovery periods that features painful rehab and separation from their team. In addition to helping players relieve their concussion related pain and emotional distress, CBD could possibly be examined to eliminate the physical pain that NFL players face. It has been well documented that CBD is an effective pain reliever, with players like Gronk coming forward with their advocation for the product. 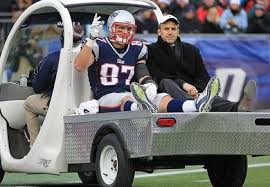 There are currently no FDA regulations in regards to CBD so it is not yet declared legal or illegal, however the NFL is known to have a strict stance on drug use, most famously their stature in regards to marijuana. The league has also stated their opposition to the use of CBD as a pain reliever. This would potentially prevent players from bettering their health and relieving their pain. With CBD being so effective for many and becoming increasingly popular in the marketplace, it could be beneficial for the NFL to explore loosening their restrictions on drug use, potentially even advocating for a CBD related product. This would improve their stance in the public eye as well, as they would be taking a progressive stance on bettering player health.

Allowing NFL players to explore CBD as a pain reliever would also open up a new revenue stream for the NFL. In the past, the NFL has prohibited advertisements and partnerships with CBD and marijuana brands and products to protect their reputation. If CBD was allowed, it would create the opportunity to not only improve player health, but explore partnering and advertising with CBD brands. For example, Bud Light is the official beer of the NFL. A CBD brand like CBDMedic could become the official CBD brand of the NFL, acquiring category exclusivity. This exploration could create hundreds of millions of dollars for the NFL and expand the CBD marketplace.

Rob Gronkowski has conducted numerous endorsement deals and collaborated with a number of companies in a variety of areas. CBDMedic is just the newest, but perhaps the most important, as he explores an industry that could vastly improve the health of players that will follow him playing in the National Football League. Gronk became widely known for his comical attitude and love for the game, but upon retirement he is taking a calculated and serious stance on his approach to bettering both himself and professional football.