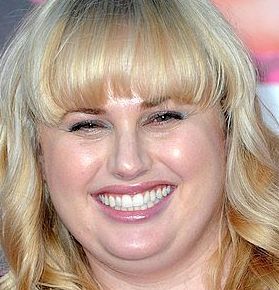 Celebrity Speaker Rebel Wilson is a popular actress and comedian. Her breakthrough role came in the 2011 film Bridesmaids also starring Kristen Wiig, Maya Rudolph and Melissa McCarthy. In 2012, Rebel starred in a main role in the musical comedy Pitch Perfect. Following the film’s success, Rebel was awarded the MTV Movie Award for Best Breakthrough Performance. She reprised her role as Patricia aka Fat Amy in the Pitch Perfect 2 sequel that hit theaters in the spring of 2015. Rebel is an empowering role model for plus-size women and has created her own signature clothing line with plus-size brand Torrid.

An Australian native, Celebrity Speaker Rebel Wilson honed her skills early in her career as a comedic actress and writer with The Second City acting troupe in New York. Rebel starred in comedy TV series including Pizza and The Wedge before landing a role in the feature film Ghost Rider starring Nicholas Cage. In 2008, Rebel produced and wrote her own musical comedy series Bogan Pride which aired on Australian channel SBS One. Soon she moved to the United States where she landed her big role in Bridesmaids. The film was an overwhelming success and Rebel earned guest roles on popular TV series including Rules of Engagement and Workaholics. She was named one of the Top 10 Comics to Watch in 2011 by Variety magazine and boy has her career taken off!

In 2013, Celebrity Speaker Rebel Wilson was chosen to host the MTV Movie Awards. Her performance in Pitch Perfect helped her land roles in other major films Pain & Gain and Night at the Museum: Secret of the Tomb. Rebel has also enjoyed voice roles in films such as Ice Age: Continental Drift and Kung Fu Panda 3. Outside of acting, Rebel has appeared as a celebrity spokesperson for weight loss company Jenny Craig.

Celebrity Speaker Rebel Wilson is continuing to build her reputation as a strong, confident female voice in the entertainment industry. 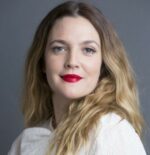