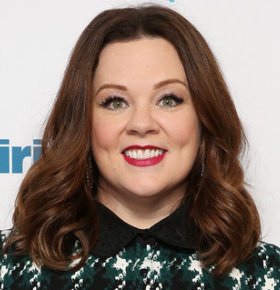 Celebrity Speaker Melissa McCarthy is a comedian, actress, and television star. McCarthy got her start on the big screen in the late nineties acting in supporting roles for such films as Charlie’s Angels, Go, The Life of David Gale, and Disney’s The Kid. Melissa got her first big break in 2000 when she landed the role of Sookie St. James on WB’s television series, Gilmore Girls which aired through 2007.

Following the end of the series, Celebrity Speaker Melissa McCarthy starred in the sitcom Samantha Who? alongside co-star celebrity actress Christina Applegate which aired for two seasons on ABC. In 2010 Melissa McCarthy signed on with CBS to play the leading role in their new sitcom Mike & Molly. Melissa received positive reception for her portrayal of Molly Flynn on the series and in 2011 she won her first Primetime Emmy Award for Outstanding Lead Actress in a Comedy Series.

While McCarthy’s show was taking off, she continued to take on roles in motion pictures as well. Melissa has appeared in such films as The Back-Up Plan with Jennifer Lopez and Life as We Know It where she played the neighbor of characters played by Katherine Heigl and Josh Duhamel. Her breakout performance in a motion picture came in 2011 when she starred in the hit romantic comedy, Bridesmaids. McCarthy joined fellow comedic actresses Kristen Wiig and Rose Byrne who played the roles of bridesmaids to actress Maya Rudolph who played the bride in the movie. Melissa’s performance in Bridesmaids earned her an Academy Award nomination for Best Performance by an Actress in a Supporting Role. Since then, McCarthy has gone on to star in several other films including Identity Thief, The Heat, Tammy and St. Vincent and the upcoming movie, Spy.