Celebrity Speaker Chris Hardwick was the voice of Alexander Hamilton in The Radio Adventures of Dr. Floyd, Otis in Back at the Barnyard on Nickelodeon and was the host of MTV’s Singled Out and Shipmates. As a standup comedian, Chris performs in the music comedy duo Hard ‘n Phirm. He currently hosts @midnight with Chris Hardwick, a nightly comedy-game show series on Comedy Central.He is also known for hosting Wired Science, Web Soup and Nerdist Podcast.

Since 2007, he was the host of Wired Science on PBS, writing forWired magazine and was added to the cast of G4’s Attack of the Show. Chris Hardwick is the voice of Otis on Nickelodeon’s Back at the Barnyard. In 2011, he began hosting Ministry of Laughs on BBC and a live hour talk show on AMC following episodes of The Walking Dead, Talking Dead. Chris is available for speaking engagements, hosting and autograph signings.

TO WORK WITH CHRIS HARDWICK: Celebrity Speaker Chris Hardwick can be hired for endorsements and events in roles such as public speaker, autograph signings, SMT’S, and public relation campaigns. 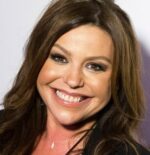