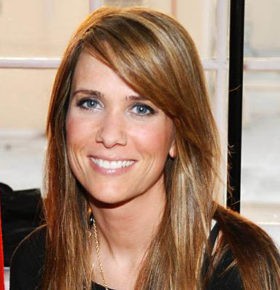 Aside from her warm personality, there are 2 words that can describe Motivational Speaker Kristen Wiig: hilarious and entertaining! The humorous motivational speaker and widely-recognized Saturday Night Live personality began her foray into comedy in 2003 on the Spike TV series The Joe Schmo Show, making an immediate impression with her unique brand of humor. In 2005, she landed a spot on the famous SNL comedy skit series and has never looked back. Some of her most famous roles outside of her writing duties with the show include: Gilly- a rascal school girl, The Target Lady, and spot-on impressions of Speaker of the House Nancy Pelosi and financial analyst Suze Orman. Currently, Kristen is set to star in upcoming movies such as the Ghostbusters remake set for 2016 and Masterminds releasing in the summer of 2015.

SNL was only the start. Soon enough Motivational Speaker Kristen Wiig made her way to the big screen and proved her mettle as a talented actress. To date, her best film work may have come in the 2011 romantic comedy Bridesmaids, which she also co-wrote with Annie Mumolo. The film was such a hit she was nominated for 2 Golden Globe awards, Best Actress-Motion Picture and Best-Actress Musical or Comedy. Kristen has also been an intricate part of other famous comedies including Forgetting Sarah Marshall, Despicable Me, Despicable Me 2, and Anchorman 2: The Legend Continues.

As a testament to her work in the industry, Motivational Speaker Kristen Wiig has been nominated for 7 Emmy Awards during her career.

Kristen is a strong supporter of PETA. In 2011, she was voted PETA’s sexiest celebrity vegetarian. Kristen is also a supporter of Amnesty International, an organizational that campaigns and advises for human rights all over the world. In 2012, Time Magazine put her on the list of The 100 Most Influential People in the World showing off not only her influence as a comedian, but also as a role model for women.