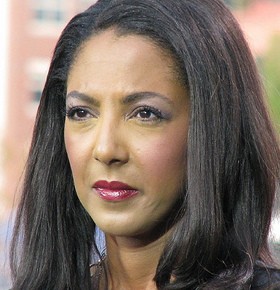 Motivational Keynote Speaker Michelle Bernard is best-recognized as a featured political and legal analyst for MSNBC. She is also the President & CEO of the Bernard Center for Women, Politics & Public Policy based in Maryland. The organization’s mission is to influence the conversation of the public, media and major policy makers to advocate for the improvement of the socioeconomic status of women, minorities, and the poor as well as encourage increased participation by women and minorities in the political world. Michelle is regularly booked as a keynote speaker for women’s conferences, leadership summits and other special events discussing public policy and the advancement of society.

Michelle graduated with a bachelor’s degree in Philosophy from Howard University where she also minored in Political Science. After concluding her undergraduate career, she attended law school at Georgetown University. Post-law school she worked as a partner for the Patton Boggs Law Firm and was a member of the Bush-Cheney Presidential Inaugural Committee in 2000.

Prior to creating the Bernard Center for Women, Politics & Public Policy, Motivational Keynote Speaker Michelle Bernard acted as the President and CEO of the Independent Women’s Forum which is a non-profit focused on policy issues in regards to women. She has published 2 books, the first in 2007 titled Women’s Progress: How Women Are Wealthier, Healthier, and More Independent Than Ever Before. She published her second book in 2013 titled Moving America Toward Justice: The Lawyers’ Committee For Civil Rights Under Law.

In 2014, Michelle was named a rising star on Essence Magazine’s annual Money & Power list. In addition to her work for MSNBC, Michelle makes regular appearances on CNN and NPR. She is also a columnist for major publications such as The Washington Post and the Huffington Post.