Business Speaker Eric Schmidt is an American engineer, executive chairman of Google and former member of the board of directors at Apple Inc.  Schmidt grew up in Virginia and attended Princeton University where he studied electrical engineering.  At the University of California at Berkley, Schmidt continued his education earning a doctorate in distributed software development.

After college Eric Schmidt worked for a variety of companies but settled down in 1983 at Sun Microsystems. Schmidt rose to become president of Sun Technology Enterprises but left after Google founders Larry Page and Sergey Brin asked him to run their company in 2001.  In August of 2001 Schmidt was announced as CEO of the company and helped run daily operations with founders Page and Brin.   In 2006 he was invited to be on the Board of Directors at Apple Inc but was forced to relinquish the position due to conflict of interests amid the growing competition between Google and Apple.  After a successful run as CEO it was announced in 2011 that Eric Schmidt would step down from the position but would still remain chairman of the company.

Schmidt currently has a fortune of $6.2 billion making him the 41st richest person in America.  The tech guru is heavily involved in charity, especially The Eric Schmidt foundation which is focused on wildlife conservation.  During the Deep Water Horizon spill of 2010 the charity offered a huge reward to anyone who could invent a new way to capture oil from seawater.  The charity is also focused on the preservation of Nantucket Island.   Eric Schmidt is available for speaking engagements, hosting and corporate appearances.

TO WORK WITH ERIC SCHMIDT: Business Speaker Eric Schmidt can be hired for endorsements and events in roles such as public speaker, autograph signings, SMT’S, and public relation campaigns. 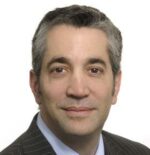