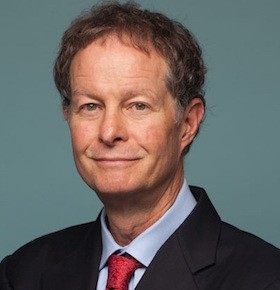 Business Speaker John Mackey is the co-founder and current co-CEO of Whole Foods Market, a foods supermarket chain that opened in 1980. Behind Mackey’s leadership, Whole Foods Market has the highest stock market valuation of any dedicated U.S. food retailer and is currently an $11 billion Fortune 300 company. In 2012, Fortune magazine named Mackey as one of the 12 Greatest Entrepreneurs of Our Time.

In 1978, Mackey co-founded his first health food store, SaferWay, with his girlfriend. After two years, they merged SaferWay with Clarksville Natural Grocery and renamed the business Whole Foods Market. Behind Mackey’s dedication and business genius, Whole Foods Market eventually became an international organization with outlets in the United States, Canada, and the United Kingdom. In 2003, Mackey received the Ernst and Young Entrepreneur of the Year award for his business success. Four years later, Whole Foods established its dominance in the market by acquiring a major supermarket competitor, Wild Oats Markets, Inc. In 2008, Mackey received an honorary bachelor’s degree from Bentley College for his achievements. He has received an abundance of other awards throughout his career, being named MarketWatch’s “CEO of the Year,” FORTUNE’s “Businessperson of the Year,” and Vanity Fair’s “Best Provider.” In addition to Mackey receiving individual acclaim, Whole Foods of Market has also been recognized for its excellence, being including in Fortune Magazine’s 100 Best Companies to Work For, for 15 consecutive years and Scientific American’s Top 25 Energy Leader list.

Beyond his work for Whole Foods Market, Business Speaker John Mackey sits on the Board of Directors for Global Animal Partnership and the Humane Society of the United States. In addition, Mackey co-founded the organization Freedom Lights Our World, which is dedicated to liberating the entrepreneurial spirit and focusing it on creating sustainable peace, prosperity, and happiness for all. Mackey has written two books:  Conscious Capitalism: Liberating the Heroic Spirit of Business and Be the Solution: How Entrepreneurs and Conscious Capitalists Can Solve All the World’s Problems.