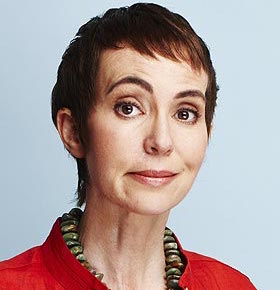 Celebrity speaker Gabrielle Giffords is a retired American politician who represented Arizona’s eighth congressional district. Before her political career, she graduated from Scripps College and Cornell University, and was the CEO of El Campo Tire Warehouses, which is a local chain owned by her grandfather. She was elected to U.S. Congress in 2007, which made her the third woman in Arizona history to be elected to Congress. She served as the representative from 2007-2012 when she resigned to focus on her health.  Her health issues were a result of the January 2011 shooting in Tucson, AZ, where Giffords was critically injured by a gunshot wound in her head. The horrible event occurred one week into her third term as Congresswoman at a supermarket where she was holding her first “Congress on Your Corner” gathering of the year.  Giffords spent time in rehab in order to recover from the traumatic event and improve her writing, speaking and seeing abilities.

She was a fighter throughout her time in rehab, and recovered in time to see her husband, U.S. Navy Captain and NASA astronaut Mark Kelly, command the final flight of the Endeavor space shuttle.  The former Congresswoman has had multiple surgeries during her recovery, and in January 2012 she announced that she would resign from her seat. Three days later, Giffords formally submitted her resignation on the floor of the House and received a standing ovation. Members and leaders of Congress spoke in honor to her strength and accomplishment.

Giffords received another incredible honor the following month, in February 2012, when U.S. Secretary of the Navy Ray Mabus announced that the next U.S. Navy littoral combat ship would be named in her honor, the USS Gabrielle Giffords.

The strong woman has also appeared in the media numerous times. Celebrity speaker Giffords and her husband founded Americans for Responsible Solutions, which is a political action committee with a focus on promoting responsible gun ownership. She was featured on NPR’s Weekend Edition as she discussed her love of books, as well as other interviews about working in Congress. Her love of books continued through the writing and publication of Gabby: A Story of Courage and Hope, a memoir that she and her husband wrote with help from author Jeffrey Zaslow. Giffords and her story demonstrate love while continuing to inspire people every day.