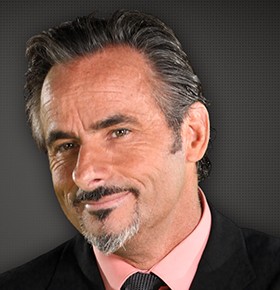 Sports Broadcaster, bestselling author, retired professional golfer, and Sports Speaker David Feherty has gone from playing on the PGA tour and European Tour to reporting on such sporting events, broadcasting with CBS Sports and Golf Channel as well as various television appearances on other programs as well.

Sports Speaker David Feherty’s professional golf career was very successful with ten international victories and millions of dollars in prize money. Feherty retired from the tours in 1997 when he joined CBS Sports as a golf analyst and on-course reporter. With Jim Nantz, Feherty is the co-announcer for the EA Sports video game collection, Tiger Woods PGA Tour.

DSports Speaker avid Feherty is also a bestselling published author of five books, including A Nasty Bit of Rough, Somewhere in Ireland a Village Is Missing an Idiot, An Idiot for All Seasons, David Feherty’s Totally Subjective History of the Ryder Cup, and The Power of Positive Idiocy: A Collection of Rants and Raves. In Feherty’s latest book, A Nasty Bit of Rough, he brings humor to the sport of golf for which he received critical acclaim as a New York Times and Booksense Bestselling author. He received rave reviews from Sports Illustrated, and bestselling author Steven Pressfield who wrote The Legend of Bagger Vance. As a sports writer, Feherty also has a popular monthly column in Golf Magazine.

Not only is he a star athlete and writer, but also a television star in his own series, The Feherty Show on the Golf Channel. The show has featured guest appearances by Bill Russel, Butch Harmon, Rom Watson Recut, and Johnny Miller Recut. David has also made guest appearances of his own on The Tonight Show with Jay Leno, The Late Late Show with Craig Ferguson, CBS This Morning, Rome is Burning, CSI: Crime Scene Investigation, and Late Night with Conan O’Brien. He even played movie roles, starring as himself in the 2009 TV Movie, Caddyshack: The Inside Story and the TV Movie documentary Tiger at 30.