At 18 years old, John won the French Open mixed doubles with Mary Carillo to which qualified him into the main draw at Wimbledon, where he lost to Jimmy Connors. This was the best performance by a qualifier at a Grand Slam tournament and set a record performance by an amateur in the open era. After Wimbledon, he attended Stanford University and won the NCAA singles and team titles in 1978. Later this year, he became professional by joining the ATP tour and signing his first endorsement with Sergio Tacchini. John McEnroe went on to win five titles that year, and beat Arthur Ashe in straight sets.

In 1982, John lost to Jimmy Connors in the Wimbledon Final but went on to beat Jimmy in his fourth WCT Final in only five sets and took his third Masters Grand Prix, where he beat Ivan Lendl in straight sets. 1984 was his best year on tour, he held a 82-3 record, with a career high 13 singles tournaments, winning US World Team Cup, and runner up Davis Cup teams. The only person who has come inches to matching his win-loss record was Roger Federer in 2005. In 1985, John McEnroe made his last Grand Slam singles finals appearance at the US Open, and was beat in straight sets by Lendl.

In 1999, Sports Speaker John was inducted into the International Tennis Hall of Fame and is currently working as a sports commentator in tennis and has made appearances on CBS, NBC, USA, and ESPN. He has had his own talk show; McEnroe, has hosted The Chair, had a role in Mr. Deeds, You Don’t Mess with the Zohan and in the 2004 movie Wimbledon. John is active in philanthropy and the development of tennis for youth’s and has opened an art gallery in Manhattan. In 2010, John launched the John McEnroe Tennis Academy in his hometown of New York City to develop great tennis players even in an urban setting. John McEnroe is available for public service announcements, speaking engagements, and endorsements.

BOOKS: You Cannot Be Serious

TO WORK WITH JOHN MCENROE: Sports Speaker John McEnroe can be hired for endorsements and events in roles such as public speaker, autograph signings, SMT’S, and public relation campaigns. 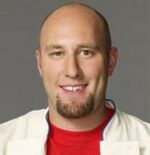 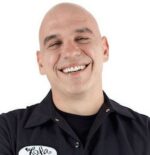 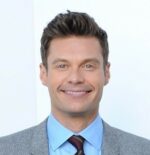