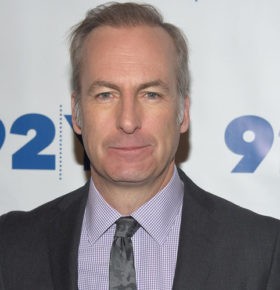 Premier Motivational Speaker Bob Odenkirk is currently enjoying a huge moment in the entertainment spotlight as the witty lawyer Saul Goodman from AMC’s award-winning series Breaking Bad that aired from 2008-2013. AMC recently created a spinoff show called Better Call Saul that premiered in February of 2015. The new crime drama series follows the story of lawyer Jimmy McGill before he came into the picture as Saul Goodman on Breaking Bad. In 2014, Bob and his Breaking Bad cast members took home a Screen Actors Guild Award for Outstanding Performance by an Ensemble in a Drama Series.

The cerebral humor of lawyer Jimmy McGill/Saul Goodman are an extension of Bob himself. He got his start in TV as a writer for Saturday Night Live for which he won a Primetime Emmy Award in 1989 for his work. He worked alongside other future famous comedians like Conan O’Brien, Adam Sandler and Chris Rock. He is responsible for creating the memorable Motivational Speaker Matt Foley SNL character for Chris Farley. He would later write and act for his SNL buddies on their own shows most notably The Ben Stiller Show and Late Night with Conan O’Brien. In 1995, Bob created his own successful HBO series that ran for 4 years called Mr. Show with Bob and David.

As his career in TV entertainment progressed, Premier Motivational Speaker Bob Odenkirk would guest star in a number of hit series such as Seinfeld, Arrested Development, Entourage and How I Met Your Mother.

Before Steve Carell eventually accepted the part, producers of The Office had cast Bob as boss Michael Scott. It was in 2009 that Bob would join the cast of Breaking Bad and he has never looked back. In 2013, he co-wrote his first book called Hollywood Said No! detailing the Mr. Show bits that didn’t make it onto the air. The next year he released his own volume of short humor fiction called A Load of Hooey which gave readers a taste of the many writing talents of this TV legend.