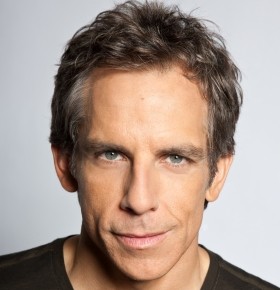 When it comes to Hollywood, several celebrities have set themselves apart as industry trailblazers. Celebrity speaker, actor, comedian, writer, producer and director Ben Stiller is one such celebrity, and his masterful performances in a variety of roles on the big screen have awarded him countless praise.

Celebrity Speaker Ben was awarded the top award of the night at the 2009 MTV Awards when he was given the MTV Generation Award for his impressive performance in many roles throughout his illustrious career. Besides making hit movies Ben is also well known for his philanthropic endeavors which have included work with Declare Yourself, the Elizabeth Glaser Pediatric AIDS Foundation, and Starlight Starbright Children’s Foundation.

One of Ben’s early comedic skits was aired by Saturday Night Live and soon after the actor was asked to join the show as a writer. MTV had also taken notice of several of his short films and gave him his own show called The Ben Stiller Show which featured comedy skits, music videos, and parodies and aired 13 episodes in 1991. The show was picked up by Fox network and was critically acclaimed and won an Emmy Award for Outstanding Writing in a Variety or Music Program. His breakthrough film debut would come as Ted Stroehmann in There’s Something About Mary and then in 2000 in the American comedy Meet the Parents. Ben developed a parody character named Derek Zoolander for his hosting duties at the VH1 Fashion Awards and this character would eventually become the star of the award-nominated film and cult-classic Zoolander in 2001. His long list of hit movies he has acted in include The Night at the Museum trilogy, Dodgeball: A True Underdog Story, and voice over work in the Madagascar Disney movies. He has directed and acted in such films as Tropic Thunder and The Secret Life of Walter Mitty while also helping to produce some of his hit movies such as Starsky & Hutch and Blades of Glory.

In 2010, Ben founded the Stiller Foundation which focuses on educating and nurturing the world’s children. The foundation mainly focuses on providing financial support to initiatives that are helping rebuild schools in Haiti after the terrible earthquake that jarred the country in 2010.