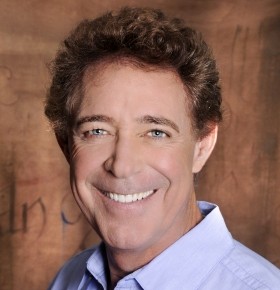 Celebrity Speaker Barry Williams is best known for his role of Greg Brady on the popular ABC television series The Brady Bunch.

He is also the only Brady child actor to appear in every episode of the series. Born and raised in Santa Monica, California, Celebrity Speaker Barry Williams knew at a young age that he wanted to be an actor. At the age of 13, he made his television debut landing a guest role in an episode of Dragnet.  He then went on to earn guest roles in many other television series such as Adam-12, The Invaders, That Girl, Mission: Impossible, The Mod Squad, Here Come the Brides, and Bartleby, the Scrivener. Then finally, he hit the Jackpot in 1969 landing the iconic role in The Brady Bunch.  The show was a hit and ran for five years. Despite its age, the sitcom has since become a timeless classic, and is one of the few shows from the 60’s and 70’s that people still talk about today.

Following the conclusion of The Brady Bunch, Williams became involved in musical theater. He toured with some of the most beloved musicals such as Grease, The Sounds of Music, and West Side Story; however, he struggled to break away from the Brady image from his childhood.  Finally, in 1984, he landed another television role that would be a clean break from the Brady Bunch as he was cast as Hannibal in top-rated drama General Hospital.  Williams has also made several guest appearances on shows.  He and Brady Bunch co-star Christopher Knight starred in a 2006 episode of Fox’s hit sitcom That ‘70s Show. The two co-stars have remained very close friends throughout the years, and Williams has appeared as a guest on Knight’s reality show series My Fair Brady on numerous occasions. Also, Williams played himself in the 2003 comedy Dickie Roberts: Former Child Star, which chronicles the plight of a former child star who struggles to find work.

In addition to acting, Celebrity Speaker Barry Williams has also written a book entitled Growing Up Brady: I Was a Teenage Greg. The autobiography was a nationwide hit and stayed on the New York Times bestseller list for three months, and in 2000 the book was adapted into a television movie titled Growing Up Brady with Adam Brody playing the young Williams. Currently, Williams resides in Branson, Missouri where he appears in a musical variety show at the Yakov Smirnoff Theater.