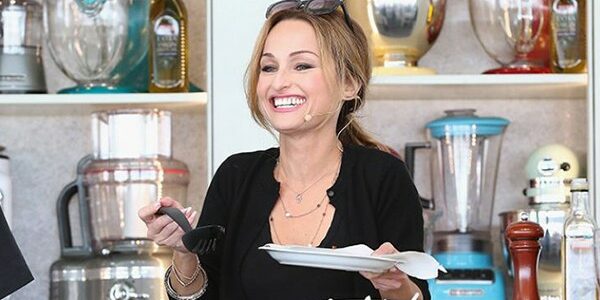 So you want to hire celebrity chefs for live demos, but what does that execution look like?

Events with today’s top celebrity chefs come in all shapes and sizes. But one thing’s for sure. The most impactful celebrity speaker events are the ones that are creative and provide audiences with non-traditional experiences. The trick is to engage your audience. What better way to really get your event cooking than to hire celebrity chefs for live demos?!

First of all, you can hire a celebrity chef for any kind of event. At an expo, a chef is bound to attract attention due to the smells and sounds, and audiences walking around with delicious food. Celebrity chef speakers at promo events can make a great impression on your current clients, or draw in new business, too. Booking a celebrity chef for internal events is also great morale booster for employees. Happy employees make dedicated employees! Or, think of conferences where your competitors, your clients, and your potential customers are right in front of you. Consequently, a memorable event will make you stand out in a crowd. 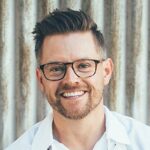 Richard Blais: One of our biggest culinary powerhouses is celebrity chef Richard Blais. This fascinating chef first turned heads as a major contestant on Top Chef, where he cooked using “molecular gastronomy”. But don’t mistake that for a lack of seriousness for taste. Blais is a real force in the kitchen, running several restaurants including Juniper & Ivy in Southern California. A showman, Blais is a regular host and judge on television. He’s appeared on Burger Lab, Master Chef, Cook Your A$$ Off, Guy’s Grocery Games, Cutthroat Kitchen, and Cooks vs. Cons among others. This versatile, creative chef has a flair for entertainment unmatched by his industry peers! 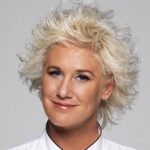 Anne Burrell: This spiky-haired queen from NYC runs the table at live cooking demos! Anne is one of the Food Network’s top personalities, appearing on Iron Chef America, Worst Cooks in America, and Secrets of a Restaurant Chef, to name a few. This classically trained, dynamic chef, is the co-owner of Phil & Anne’s Good Time Lounge in Brooklyn. As a major culinary personality, Burrell is as exciting as she is real. Anne’s one of our most highly requested chefs, and it’s easy to see why due to her down-to-earth personality. 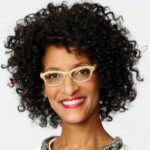 Carla Hall: Energetic, funny, and delightful are all words to describe this southern celebrity chef. Hall became a household name when she competed on Top Chef, “cooking with love,” as she’d say. Now, a cookbook author, Hall is a coveted television host on The Chew where she shares her food knowledge and warm personality. Hall is a graduate of L’Academie de Cuisine and is a former Sous Chef, Executive Chef, and has taught classes at CulinAerie, Sur la Table, and her own cooking school. This breath of sunshine can be found with zany outfits, flowers in her hair, and a big smile on her face. 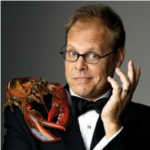 Alton Brown: You know Alton Brown. He’s the Food Network host of… a lot. His first show and his own idea, Good Eats aired on the Food Network for 13 years. He hosts or has hosted Iron Chef America, The Next Iron Chef, Feasting on Asphalt, and Cutthroat Kitchen. Brown’s made appearances aplenty, and has done promotional work for General Electric, Dannon Yogurt, Welch’s and others. He also has the Alton Browncast, part of the Nerdist Podcast Network, where he reviews and comments on the food industry, restaurants, and other great anecdotes. If that weren’t enough, Brown is a musician with albums to his name, most recently called Bitter Like Me (food related, naturally). Maybe a musical cooking demonstration is in your organization’s future… not a bad idea, eh? 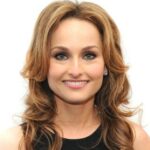 Giada de Laurentiis: Food Network personality Giada de Laurentiis is an absolute pro when it comes to healthy, delicious Italian food. She’s a firecracker – spunky, smart, and queen-diva in the kitchen. Giada comes from a family rooted in the film industry. Hence, putting in a show is in her blood! As evident on her multitude of television shows. Giada focuses on the home cook, and has a successful partnership with Barilla Group, complete with her own pasta line. Her first restaurant, GIADA, opened in 2014 in Las Vegas, a city just like de Laurentiis: foodie and a blast. 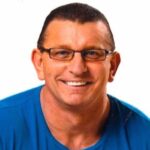 Robert Irvine: Celebrity chef Robert Irvine is a thrill for any event. After serving a 10-year tour of duty on Her Majesty’s Royal Yacht Britannia, the British chef consulted all over the world before landing into a television career on the Food Network. Hands-on, direct, intense, and funny, Irvine brings an incredible energy to events. He’s participated in fundraising events centered around his cooking and events relating to fitness—he was named one of the 25 Fittest Guys in America by Men’s Fitness. In addition, Irvine has his own talk show on the CW and is one of the world’s most recognized celebrity chefs. 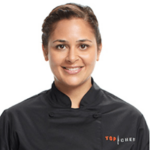 Antonia Lofaso: For a real live event expert, look no further than Antonia Lofaso. This former Top Chef star has made many television appearances, has a background from the French Culinary Institute, and a chef clothing line, Chefletics. Lofaso knows how to handle a crowd—she has her own catering company, Antonia Lofaso Catering, which means she’s a pro at finding the right menu for the right audience. All that along with her warm presence, Lofaso is a chef everyone should have on their list when looking to hire celebrity chefs for live demos. 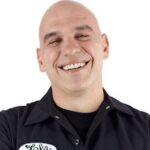 Michael Symon: Restaurateur and celebrity cooking personality Michael Symon is an old pro when it comes to cooking and entertaining. He’s been on a number of shows for the Food Network and the Cooking Channel like Iron Chef America, Anthony Bourdain: No Reservations, The Best Thing I Ever Ate, Cooking Like an Iron Chef and many others. He’s promoted Taco Bell with a Taco Party Pack on the Conan O’Brien show while appearing as a regular co-host on The Chew where he brings is friendly, energetic personality every week. 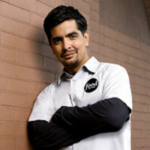 Aaron Sanchez: For a fun, festive event, definitely look into Aaron Sanchez. This celebrity chef comes from a family of chefs, so tantalizing tastes are second nature to him. Sanchez is an Emmy-Nominated personality for his show, Taco Trip, and has opened his own restaurants on the east coast. Aaron combines classic Mexican flavors with new-age American dishes to create an unforgettable meal and live show. 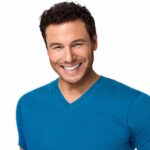 Rocco DiSpirito: This mega-healthy, mega-personality chef is the king of healthy, delicious recipes. DiSpirito’s infectious personality shines in his show Now Eat This!, and he makes regular appearances on a number of Food Network hits. If you’re looking for a vivacious advocate for a better, healthier life, DiSpirito is a great choice. Your audience will be motivated to kickstart their own healthy lifestyle when you book Rocco to come to your event!

When you hire celebrity chefs for live demos, you are in for a treat. We love helping our clients find the right celebrity chef to really make an event memorable. Give us a call today to get started on your search for the perfect celebrity chef appearance!