Upon returning to the United States after working in restaurants throughout Italy, Celebrity Chef Speaker Anne Burrell working at celebrity Chef Lidia Bastianich’s restaurant, Felidia, and soon after began teaching at the Institute of Culinary Education in New York City. Her big break came when she was hired as chef for Italian Wine Merchants, a wine store owned by Lidia Bastianich’s son, Chef Joseph Bastianich and Chef Mario Batali. Among her job responsibilities was serving as sous chef to Mario Batali for cooking demonstrations when he traveled for off-site appearances. Chef Batali was asked to be a contestant on Iron Chef America and chose Chef Anne Burrell as his sous-chef on the show, beginning her career as a television personality and celebrity chef.

Since joining Chef Batali on Iron Chef America, Chef Burrell has appeared on many shows on Food Network, including The Best Thing I Ever Ate, The Next Iron Chef, and the Next Iron Chef: Super Chefs. She has battled many famous celebrity chefs in cooking competitions including Michael Chiarello, Robert Irvine, Spike Mendelsohn and Nate Appleman, who she competed against on the first season of Chopped All-Stars Tournament.

Celebrity Chef Anne Burrell also hosts several television shows on Food Network. Her show Secrets of a Restaurant Chef offers tips and tricks for the average at-home cook to master restaurant dishes. On the series Worst Cooks in America, Chef Burrell serves as host and team leader alongside Iron Chef Bobby Flay in a competition where they each lead a team of clueless cooks in battles against each other. Her newest show, Chef Wanted with Anne Burell, takes Chef Anne around the country to help find the right contestant for restaurants in need of an executive chef. In 2015, Burrell won the fourth installment of the Chopped All-Stars tournament winning $75,000 for the Juvenile Diabetes Foundation.

In 2011, Celebrity Chef Speaker Anne published her first cookbook, Cook Like a Rock Star. The book, which focuses on giving readers confidence to be rock stars in their own kitchens, went on to earn a place on the New York Times Bestseller List. 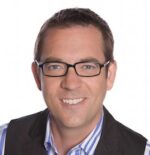 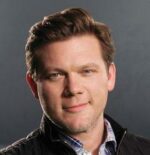