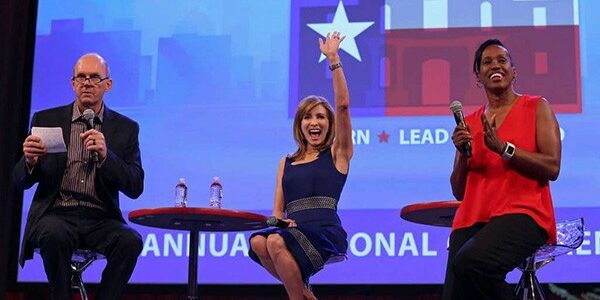 By Anthony Johnson on August 15, 2016 in Speakers News, Trending Speakers

Bring the spirit of the Olympics to your next event! These top Olympic Speakers each have a unique story to tell that can inspire your audience to chase their dreams, face adversity head on and build their own pathway to success. 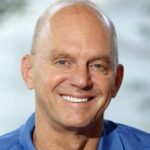 Rowdy Gaines: Were starting off our list of top Olympic Speakers with none other than 3-Time Gold Medalist and the voice of NBC’s Olympic swimming coverage, Rowdy Gaines. Rowdy is electric on stage as a motivational speaker, channeling his passion for swimming and competition into inspiring others to believe that they too can achieve anything they set their mind to. He remains one of the most memorable and affordable Olympic Speakers for hire today! 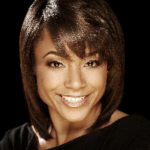 Dominique Dawes: It’s been 20 years since the Magnificent Seven won in Atlanta, but “Awesome Dawesome” still has the crowd on their feet! She is an incredible motivational speaker and has dedicated her life after the Olympics to helping others achieve a positive, healthy lifestyle. She has worked alongside Michelle Obama on her “Let’s Move” initiative and currently serves as the co-chair of the President’s Council on Fitness, Sports and Nutrition. Dominique is a popular choice for health & wellness events, leadership forums and women’s conferences. 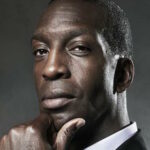 Michael Johnson: His signature gold cleats and unmatched speed on the track helped make Olympic Speaker Michael Johnson one of the most beloved Olympic heroes in U.S. history. He was once the fastest man on earth and he hasn’t slowed down since. Today, Michael owns and operates his own performance company helping young athletes reach their full potential. Want to get the full potential out of your team of employees? Hire Olympic Speaker Michael Johnson for your next event! 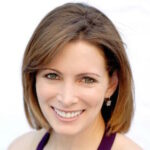 Shannon Miller: Shannon Miller is an Olympic Champion. A cancer survivor. A warrior. She is a 7-Time Olympic Medalist who now shares her own tips to a full, healthy life through her brand, Shannon Miller Lifestyle: Health and Fitness for Women. She has created her own foundation for fighting childhood obesity and travels the country as a motivational keynote speaker for corporate conferences and special events. Hearing Shannon’s story first-hand is a moment your audience will never forget! 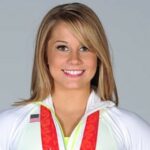 Shawn Johnson: Shawn Johnson is best remembered as the little firecracker from the 2008 Olympic Games who tore up the competition with teammate and fellow Olympic Speaker Nastia Liukin. Her excitement and energy captured the world, helping her on her way to a Gold and 3 Silver Medals that year. She has since become a role model for girls and young women struggling with wellness and body issues. Her website thebodydepartment.com is an open forum for readers to discss the daily challenges of maintaining a positive, healthy lifestyle. Shawn is currently one of the top Olympic Speakers for college speaker series and women’s conferences. 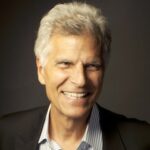 Mark Spitz: Before Michael Phelps, there was Mark Spitz. Mark’s record-setting performance of 7 Olympic Gold Medals at the ’72 Games in Munich still serves as one of the single greatest performances in Olympic history bar none. He is the man that has inspired generations of swimmers to push themselves beyond what they thought was humanly possible and achieve greatness. He now inspires business executives, college students and other audiences as a motivational keynote speaker discussing the pathway to success and the Olympic champion inside everyone. 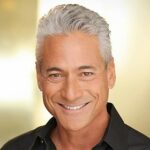 Greg Louganis: Former U.S. Olympic Diving Champion and motivational speaker Greg Louganis is a trendsetter in the LGBT community as well as a New York Times bestselling author of the autobiography, Breaking the Surface. As one of the top-requested Olympic Speakers today, Greg’s lessons on leadership and finding your passion come from the heart. Do you want to help your audience reach peak performance? Hire Olympic Speaker Greg Louganis to come speak to your audience today! 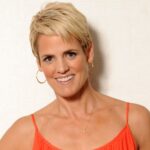 Dara Torres: The most medaled female U.S. Olympian of all-time Dara Torres is a role model to women all over the world. Not only for her ageless run at the Olympics, but also for the way she has carried herself throughout her career and as a mother. She can relate to business executives trying to perfect their work-life balance, and others trying to build a successful plan to achieve their goals. Dara is a fun-loving personality whose behind the scenes stories from the pool deck and her life as a 12-Time Olympic Medalist are sure to inspire your audience! 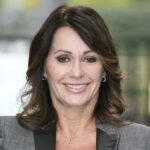 Nadia Comaneci: The U.S. gymnastics team ran the mats in Rio this year, but we’ll never forget the first “perfect 10” from Olympic Speaker Nadia Comaneci! This 3-Time Gold Medalist was a picture of poise, grace and beauty as an Olympic gymnast. Today, Nadia travels the country sharing her personal story of how she became an Olympic Champion at sports banquets, trade shows, women’s conferences and other special events. Her inspirational speaking topics include finding your focus, how to resist complacency and the power of teamwork to name a few. 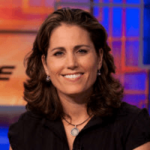 Julie Foudy: U.S. Olympic Soccer star Julie Foudy helped set the gold standard for the USWNT during her career in international play from 1987-2004. A few FIFA World Cup titles and Olympic Gold Medals later, the former Captain is now a lead color commentator for ESPN and mother of 2. She has worked as the President of the Women’s Sports Foundation and created her own sports leadership academy for girls ages 12-18. Julie is one of the top Olympic Speakers for leadership conferences, women’s business events and sports banquets.

Are you interested in hiring one of the top Olympic Speakers above or another Olympic Hero in our Olympics category? Contact Celebrity Speakers Bureau today via email at booking@celebrityspeakersbureau.com or call (212)410-2853 to speak to a representative about your event.