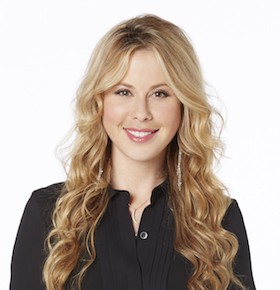 Sports Speaker Tara Lipinski is a former figure skater and U.S. Olympic Gold Medalist. In the 1998 Winter Olympics, Tara became the youngest Olympic Gold Medalist in an individual event in women’s figure skating at the age of 15. In 2014 she made her on-camera debut as a commentator for NBC at the 2014 Winter Olympic Games in Sochi, Russia. Alongside partner Johnny Weir, the duo was an overwhelming hit with audiences and earned invites to report from big events outside the Olympic sphere. Tara and Johnny reported on fashion during the famous Kentucky Derby Horse Race and the 86th Academy Awards in 2014. More recently, she hosted the Super Bowl XLIX Tailgate Party as part of NBC’s Pre-Game show at Super Bowl XLIX.

Nobody has been able to capture the figure skating world at such a young age than Sports Speaker Tara Lipinski.

Her signature triple loop/triple loop combination became a staple in her routine that won her many accolades as a junior competitor and later an Olympic Gold Medal. She was the youngest competitor to ever win the World Figure Skating Championships in 1997 and was named the 1997 Female Athlete of the Year by the U.S. Olympic Committee. Follwing her big win at the 1998 Winter Olympics, Tara was introduced to the world as a celebrity spokesperson for top brands including McDonald’s, Chevrolet, Kellogg’s, Coca-Cola, Target and Campbell’s Soup. In 2006, Sports Speaker Tara became the youngest candidate ever inducted into the United States Figure Skating Hall of Fame.

As a national spokesperson for the Boys and Girls Clubs of America, Tara has dedicated a portion of her time to creating a better world for our youth. She is also an ambassador for the Childhood Leukemia Foundation, St. Jude’s Children’s Research Hospital, Make-A-Wish Foundation and the Campaign for Tobacco-Free Kids.