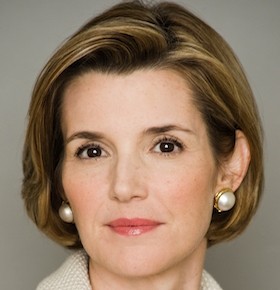 Business Speaker Sallie Krawcheck is a social media influencer and an experienced business professional who at one point became one of the most senior women on Wall Street. Krawcheck is currently the CEO and Co-Founder of Ellevest, a digital advising company for women. Prior to that, she held executive positions with Wall Street powerhouses Citigroup and Bank of America.

At different times in her career, Krawcheck served as both the Chief Technology Officer and CEO of Wealth Management Business for Citigroup. Her work with Citigroup got her named to Fortune’s “40 Under 40” and Time’s list of “Global Influencers.”

After leaving Citigroup in 2008, Krawcheck joined Bank of America to head their new Merrill Lynch department after the recent acquisition. As President of Wealth Management she was able to produce $3.1 billion in profits while the company as a whole was suffered an overall $8.8 billion dollar loss.

In her new role as CEO of Ellevest, Sallie Krawcheck is trying to close the gap between male and female investment by redefining investment for women. Her new company serves as a platform in which women can digitally invest and receive advice while doing so.

Sallie Krawcheck is a brilliant and powerful speaker who already has a great following on social media. She is considered a top “thought leader” on LinkedIn with over 900,000 followers.