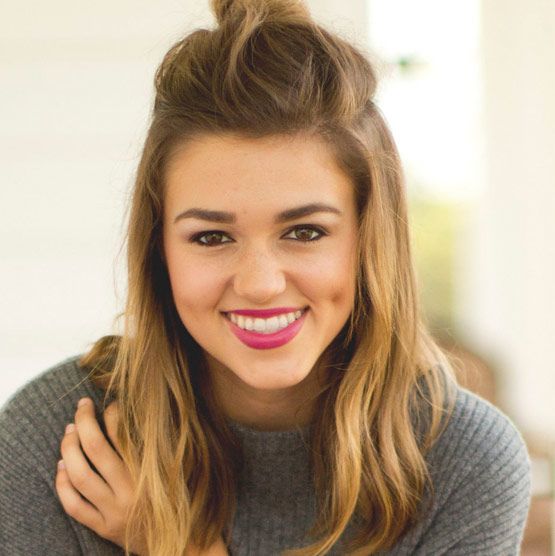 Reality TV star and Christian Speaker Sadie Robertson is the daughter of Duck Commander CEO Willie Robertson from the largely popular A&E reality show, Duck Dynasty. The show first aired in March of 2012 and after a few seasons and is now one of the most watched programs on television, with over 9.6 million viewers tuning in for the season 3 finale.

The show magnifies the lives of the tight-knit Robertson family including Sadie, who dazzled the crowd as celebrity spokes model for designer Sherri Hill’s prom dress line in her 2013 New York Fashion Week fashion show. The dress line, Live Original by Sadie Robertson, marked Sadie’s first gig as fashion designer and model. She received much media attention for the prom dresses when she described them as “Daddy-Approved”, explaining that her line of dresses were more modest than the typical prom dresses out there. 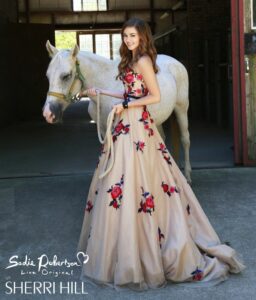 Many viewers have watched this Christian speaker grow up in the Robertson’s Louisiana bayou home, from learning to drive to her first prom. The family-oriented show features Sadie’s grandparents Phil Robertson and Kay and the families of their sons Willie Robertson, Jase Robertson, and Jep Robertson. Phil’s brother Si Robertson also appears on the show as quite the comedian.

The family business of making duck calls has thrived and spawned their new hit series while they have remained humble and strong in their faith. Christian Sadie Robertson is now broadening her resume of skills to include singing as she is featured on the 2013 Robertson family Christmas album titled Duck the Halls: A Robertson Family Christmas.

Sadie has multiple solos amongst the all the Robertson’s who lend their voices for the album filled with many Christmas classics re-done Duck Dynasty style. She also stared in “Past the Past” by Lawson Bates and “The Long Way” by Brett Eldredge’s music videos.

As a teenager, she is part of the new generation of stars growing up in the entertainment industry right now. She has already pursued multiple career paths and has plenty of potential and time to hone her skills growing up in a successful, entrepreneurial speaker family.

Following the end of A&E’s Duck Dynasty, the youth speaker did not shy away from TV shows. The reality star speaker went on to earn runner’s up on Season 19 of ABC’s Dancing with the Stars with partner Mark Ballas. 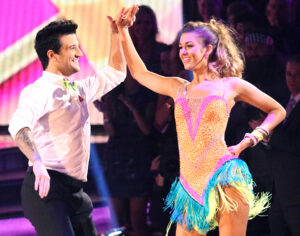 The Duck Dynasty Speaker does not stop there. The star of A&E went on to add New York Times Best Selling Author to her resume. The motivational speaker ‘s book, Live Original, about faith and her life as a Christian entered the New York Times Bestseller list in 2014.

She has also authored a devotional under the same title, Live Original, a fictional novel Life Just Got Real: A Live Original Novel, and in 2018 the social media star published Live Fearless. Not only did Sadie Robertson author make the best seller list at the New York Times but, the #LiveFearless book made it onto the Wall Street Journal Bestselling books list.

Under the overarching title Live Original, Sadie has launched the Live Original Tour which is “all about encouraging young adults to be the person God made them to be”. For this keynote speaker, it is not about book sales but about changing lives.

Sadie’s reach spans farther then books sold and TV shows, her social media reaches over 5 million people on Instagram, Youtube, Blogs, and more. With an audience of millions the country reality star is the perfect match for any company looking for a positive role model or expand on their reality star campaigns.