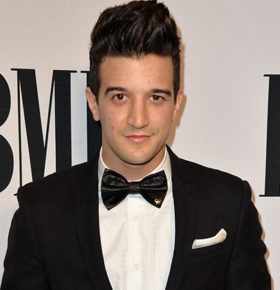 Mark Ballas is a professional ballroom dancer who has risen to fame since he first appeared on ABC’s hit reality dance competition series, Dancing with the Stars in 2007. Since then, Celebrity Speaker Mark Ballas has had fourteen celebrity dance partners including Olympic figure skater Kristi Yamaguchi and Olympic gymnasts Shawn Johnson and Alexandra Raisman. His other partners include reality TV stars Kim Kardashian and Kristin Cavallari, star of Sabrina the Teenage Witch, Melissa Joan Hart, 90210 actress Shannen Doherty, Disney Channel’s Chelsea Kane, and Full House star Candace Cameron Bure, as well as opera singer Katherine Jenkins and pop singer Christina Milian. Ballas won his first mirror ball trophy with Kristi Yamaguchi in Season 6 of the show and his second in season 8 with partner Shawn Johnson. He was also partnered with Governor Sarah Palin’s daughter, Bristol Palin in season 11 where the duo came in third place, as well as season 15 All Stars where they finished in 9th place.

Mark Ballas has appeared on numerous television programs besides DWTS as a guest, including The Ellen DeGeneres Show, Jimmy Kimmel Live!, The Bonnie Hunt Show, Who Wants to Be a Millionaire, The Tonight Show with Jay Leno, Extreme Makeover: Home Edition, Keeping Up with the Kardashians, Entertainment Tonight, Good Morning America, The View, Bethenny, Hello Ross!, and E! News. He has also appeared on the TV series Samantha Who? with actresses Christina Applegate and Melissa McCarthy, as well as Melissa & Joey starring Melissa Joan Hart and Joseph Lawrence. In 2011 Mark Ballas was nominated for his first Primetime Emmy Award for Outstanding Choreography for his work on Dancing with the Stars. Mark also has his own foundation which seeks to promote a public health model along with a media campaign to raise awareness of suicide.