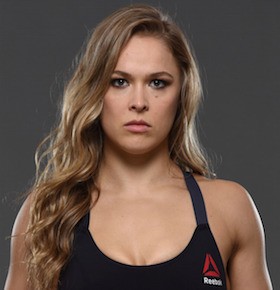 Sports Motivational Speaker Ronda Rousey is a role model for all women. She is a trailblazer in the MMA community who now welcomes the opportunity to lead the way for women in sports. A mere 14 seconds is all it took for Ronda to defeat her challenger at UFC 184 in February of 2015. Not only did she successfully defend her UFC Bantamweight Champion title during that match, but she set the record for the fastest submission in UFC history. In 2015, AskMen voted Ronda #2 on the list of Most Outstanding Women of 2015 ahead of the likes of Kim Kardashian and Taylor Swift. Her celebrity influence has transcended the sports world and she’s is now one of the most popular women in the entertainment industry.

Making history is nothing new to Ronda who got her start when she joined the US Olympic Judo Team when she was 15. Only one year after joining the team, she became the youngest person ever to earn a #1 ranking in the sport. In 2008, Ronda earned a bronze medal at the Beijing Olympics making her the first American to medal in judo since it became an Olympic sport. Sports Motivational Speaker Ronda Rousey retired from judo in 2008 to pursue a career in MMA. On top of all her previous achievements she was the first woman to sign with the UFC in November 2012.

In her career with the UFC, Sports Motivational Speaker Ronda Rousey is still undefeated and only once has her competitor been able to last longer than the first round.

Her impressive UFC career has led to opportunities such as appearing on the cover of ESPN Magazine’s annual Body Issue in 2012. Sports Motivational Speaker Ronda Rousey has also graced the cover of Maxim and was named one of ESPNW’s Impact 25 for 2014. She has helped redefine UFC as more than just a sport for men. She has ruled the women’s bantamweight division with an iron fist, earning her endorsements from companies including Reebok, Monster and Buffalo Pro. In 2015, Ronda was cast as an actress in the 2 highly anticipated films Entourage and Furious 7. 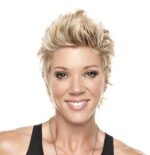