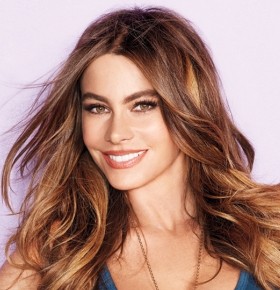 Emmy award winning actress and celebrity speaker Sofia Vergara is best known for her role on the hit ABC series, Modern Family. A native of Barranquilla, Colombia, Vergara was discovered by chance while walking on a Colombian beach. A photographer sought her out for a television commercial and soon she became the face of Pepsi’s newest commercial on Latin American television stations. From there, Sofia starred in many different types of roles, including hosting a travel show called Fuera de serie which was broadcast on the Spanish-language television network, Univisión. She went on to become a well-known actress and runway model after moving to Bogota, Colombia at the age of twenty.

In 2009, Sofia Vergara became an international icon starring in the pilot episode of ABC’s sitcom, Modern Family. Sofia plays Gloria Delgado-Pritchett, the wife of Jay Pritchett who is many years older than her, played by actor Ed O’Neill. After expressing her initial fear that viewers would not like her character and think of Gloria as a gold-digger trophy wife with a voluptuous figure, Sofia used her strong comedic talent to exude a loving wife and mother despite the age difference between her and her character’s husband. Vergara has since been nominated for three Golden Globe Awards, seven Screen Actors Guild Awards and was nominated four consecutive times for the Primetime Emmy Award for Outstanding Supporting Actress in a Comedy Series. She has also been featured on Maxim magazine’s Hot 100 list many times over, was named one of People magazine’s 50 most beautiful people, and is one of the most influential Latin Women in Hollywood according to the Hollywood Reporter and Billboard. She has appeared in numerous movies such as New Year’s Eve (2011), Machete Kills (2013), Chef (2014), and can be seen in the upcoming movie, Hot Pursuit (2015), with Reese Witherspoon.

Celebrity Speaker Sofia Vergara’s success on the small screen has opened doors to new business opportunities as well. In 2011 she became the new face of CoverGirl and has since landed endorsement deals with companies like Diet Pepsi and Rooms To Go. A cancer survivor, Vergara has made a full recovery since being diagnosed with thyroid cancer in 2000 and, in 2013 she signed an endorsement deal with Synthroid, a medicine which treats hypothyroidism.