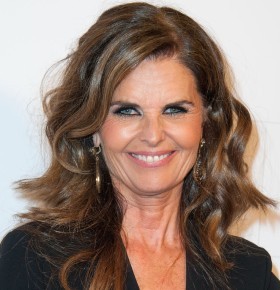 Celebrity speaker Maria Shriver is an author, journalist, producer, and public figure as a member of the Kennedy family and former First Lady of California. Growing up in the spotlight of the press, Maria became interested in journalism at a young age and began her broadcast journalism career working as co-anchor to Forrest Sawyer on The CBS Morning News. Shriver went on to appear as news anchor to such programs as NBC Nightly News and Dateline NBC where she worked until 2003 when her husband, actor and politician, Arnold Schwarzenegger, was elected as the thirty eighth Governor of California. As First Lady, Maria Shriver took on the role of raising awareness for women’s contributions to the state, getting California citizens to serve their communities, and working to end cycles of poverty. Shriver created what is now known as The Women’s Conference, an annual event held to encourage and educate women to be Architects of Change. Since its inception in 2003, the event has become nationally known as the United States’ premier forum for women. Speakers for the event have included such prestigious names as Secretary of State Condoleezza Rice, Justice Sandra Day O’Connor, Oprah Winfrey, Billie Jean King, former Prime Minister Tony Blair, Richard Branson, and the Dalai Lama.

Maria continues to support organizations as a lifelong advocate for those who are intellectually challenged, serving as a member of the International Board of Special Olympics which was founded by her mother, and on the board of Best Buddies which helps set up job programs for people with intellectual disabilities.

In 2009, Maria Shriver won two Primetime Emmy Awards for her HBO documentary series, The Alzheimer’s Project. The four-part series investigates the disease, the effects of the disease, and research being done for the illness. One part of the series is based on Maria’s bestselling children’s book, What’s Happening to Grandpa? which aims to help children coping with Alzheimer’s. Shriver is also the author of two other children’s books, What’s wrong with Timmy? and What’s Heaven? as well as adult books entitled Ten Things I Wish I’d Known – Before I Went Out into the Real World, And One More Thing Before You Go…,We Empower: Inspirational Wisdom for Women, and The Shriver Report: A Woman’s Nation Pushes Back from the Brink.