The former NBA basketball player and coach, sports speaker Larry Bird or “The Hick from French Lick”, was drafted into the NBA by the Boston Celtics in 1978 but didn’t start playing for the Celtics until the fall of 1979 and played with the Celtics for his entire career. Starting at small forward and power forward for thirteen seasons; Larry Bird led the Celtics to five NBA Finals appearances, winning the championships in 1981, 1984, 1986.

Larry went on to win three straight league MVP’s, two NBA Finals MVPs, Rookie of the Year, and first team NBA all star nine times. Facing back injuries, he was forced to retire in 1992 with his number 33 jersey retired by the Celtics.

After his retirement, Larry Bird was the head coach of the Indiana Pacers from 1997-2000. Larry currently holds the position of President of Basketball Operations for the Pacers. Larry Bird is available for fundraisers, gold outings and public appearances.

BOOKS: Drive: The Story of My Life

TO WORK WITH LARRY BIRD: Celebrity basketball star Larry Bird can be hired for endorsements and events in roles such as corporate appearances, endorsements, speaking and autograph signing. 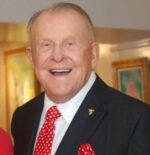