Sports speaker George Foreman is an author, Olympic Gold Medalist, businessman, ordained minister, and probably most well-known for being a retired professional boxer. During his boxing career, Foreman won seventy six out of a total of eighty one fights, was a two-time World Heavyweight Champion, earned himself an Olympic Gold medal in the Heavyweight division at the Summer Olympics in Mexico City, and competed against fellow boxing legends Joe Frazier and Muhammad Ali. For his accomplishments, George Foreman was inducted into the International Boxing Hall of Fame and the World Boxing Hall of Fame and was rated by the International Boxing Research Organization as the eighth greatest heavyweight of all time.

Since retiring from the sport of boxing, sports speaker Foreman has made a name for himself in the culinary industry with the extremely successful George Foreman MEAN LEAN Fat-Reducing Grilling Machine which has sold over one hundred million products since it debuted in 1994. George has also produced a series of workout DVD’s including George Foreman: Fat Blasting Walk, Walk it Off with George: Express Walk, Circuit Walk, Champion Walk & Sweat, and Walk and Box.

A published author, George has written several books including several self-improvement books, including George Foreman’s Guide to Life: How to Get Up Off the Canvas When Life Knocks You Down, Fatherhood By George: Hard-Won Advice on Being a Dad, Going the Extra Smile: Discovering the Life-Changing Power of a Positive Outlook, and a business book called Knockout Entrepreneur. As a celebrity chef, George has also written numerous cookbooks including George Foreman’s Indoor Grilling Made Easy: More Than 100 Simple, Healthy Ways to Feed Family and Friends and Great Grilling Recipes! The Next Grilleration. 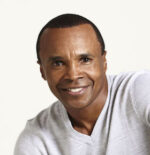 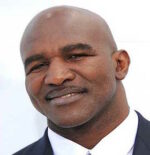