Sports speaker for hire Julian Edelman is a star in many areas, both on and off the playing field. He played college football at Kent State as a quarterback and was selected in the last round of the 2009 NFL Draft. Despite not being invited to the NFL combine, he’s regarded as one of the best wide receivers in NFL history.

Making a difference off the Field

When sports speaker for hire Julian isn’t catching footballs from future Hall of Fame quarterback Tom Brady, he keeps himself busy off the field. Julian has become involved with many philanthropic missions, most notably within the Jewish community. He has started the Julian Edelman Reception Project coincided with Combined Jewish Philanthropies. The charity’s goal is to raise money for people in the Boston area to be able to travel to Israel. Edelman also raised $10,000 for the Boys & Girls Club of Boston when he famously let Ellen DeGeneres shave his beard on her show following the Patriot’s Super Bowl LIII win.

Motivational speaker for hire Julian has also endowed himself to causes like improving child literacy. Edelman is the author of two books. One is a children’s book titled Flying High. He reads the book at events in an effort to motivate kids to read. He has also dedicated his time to the military, making donations to the armed forces and spending time with those who currently serve and have served. His philanthropic efforts extend past those named here.

Also an accomplished entrepreneur, the football star has his own apparel brand, JE11. The brand sells apparel for men, women, and children. He also uses his brand to promote his yearly football camps. In line with his philanthropic goals, all proceeds go to the Ronald McDonald House of East New England.

Celebrity endorser for hire Julian Edelman has represented high end brands like Puma during his successful career. Edelman has also dabbled in film, making a cameo in HBO’s Ballers, playing himself. Julian is also the subject of an upcoming Showtime Documentary called 100% Julian Edelman. The documentary will be released on June 28th, 2019.

Business speaker Julian has spoken at multiple events including hosting the PTC LiveWorx 17 conference in 2017 and Hastag sports conference in June 2019. 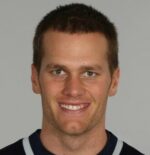 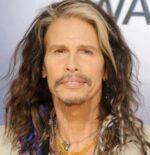