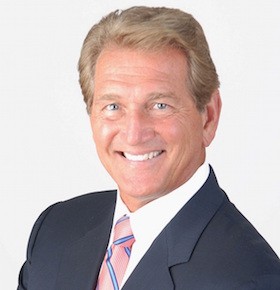 Sports Motivational Speaker Joe Theismann is a former 2-time NFL MVP and Super Bowl winning quarterback who spent his entire NFL career with the Washington Redskins. His career was cut short by a now infamous injury suffered when he was sacked by Hall of Fame linebacker Lawrence Taylor in a game on November 18, 1985. Following his impressive career as a player, Joe has worked as an analyst for both ESPN and the NFL Network. He is also a successful entrepreneur and restaurateur who makes regular appearances as a keynote speaker and celebrity host for corporate conferences, fundraisers and other special events. In October of 2015, Joe was hired as the featured keynote speaker for the Physician Hospitals of America (PHA) Executive Summit held in Napa, California.

Joe was a multi-sport athlete growing up and was drafted by the Minnesota Twins but chose to attend the University of Notre Dame on a football scholarship. He earned the starting job as a sophomore and would go on to set Notre Dame records for most passing yards in a season with 2,429 and most touchdowns in a season with 16. Joe also led the team to a 1971 Cotton Bowl victory over #1 ranked Texas. In 2003, he was inducted into the College Football Hall of Fame.

Following the Cotton Bowl, Sports Motivational Speaker Joe Theismann was drafted in the 4th round of the 1971 NFL Draft by the Miami Dolphins. The team could not settle on a reasonable contract for the young star and Joe signed with the Toronto Argonauts of the Canadian Football League. Although short lived, Joe’s CFL career was a major success. In 1974, the Washington Redskins signed him away from the CFL and Joe served as the team’s punt returner during his first year with the team. He took over the starting quarterback role in 1978. 5 years later, Joe quarterbacked the team to their first Super Bowl title in 40 years over none other than the Miami Dolphins.