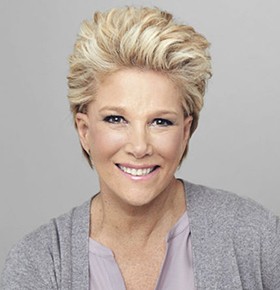 Since leaving Good Morning America, Joan Lunden has pursued a number of passions including writing. She has published several best-selling books including Joan Lunden’s Healthy Cooking, Joan Lunden’s a Bend in the Road Is Not the End of the Road: 10 Positive Principles For Dealing With Change, Joan Lunden’s Healthy Living: A Practical, Inspirational Guide to Creating Balance in Your Life, and her latest book, Growing Up Healthy: A Complete Guide to Childhood Nutrition, Birth Through Adolescence for which she teamed up with childhood nutrition expert, Dr. Myron Winick, to write.

Lunden went on to host several other shows including Lifetime series, Health Corner as well as A&E network’s series Behind Closed Doors. Along with traveling the country as a motivational speaker, Joan is also a spokesperson for the national senior care referral service, A Place for Mom, as well as the skincare brand Murad.