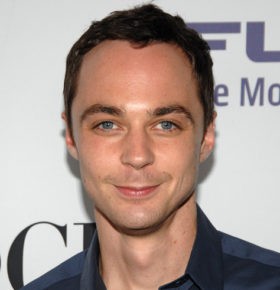 Celebrity Speaker Jim Parsons, best known for playing theoretical physicist Sheldon Cooper on the hit CBS series The Big Bang Theory, is just as academically minded in real life as his highly intelligent and quirky character—he holds a master’s degree in Classical Theater from the University of San Diego, and acknowledged that he would go back for his doctorate if it was possible. Though he may be intellectually inclined, Jim is just as gifted as an actor, and has been widely acclaimed for his role of Sheldon. He has received a 2011 Golden Globe Award for Best Actor in a Television Series Musical or Comedy and three Emmy Awards for Outstanding Lead Actor in a Television Series in 2010, 2011, and 2013, as well as countless nominations. He also won the 2009 Television Critics Association award for the highest individual achievements in comedy, an impressive feat considering he was up against notable comedians like Tina Fey, Steve Carrell, Neil Patrick Harris, and Alec Baldwin. The Big Bang Theory, which co-stars Johnny Galecki, Mayim Bialik, Kunal Nayyar, Kaley Cuoco, and Simon Helberg, has also been critically acclaimed as one of television’s most popular sitcoms.

Jim got his start in the theater world, appearing in seventeen plays in a three year time span while an undergraduate at the University of Houston as well as numerous off-Broadway roles before making it big. In 2012, he returned to his theater roots in the Broadway play Harvey. Also as a part of his return to Broadway, Jim played the role of God in the new play An Act of God, that opened in May 2015.  However, the versatile actor made his film debut in 2011’s comedy The Big Year alongside Steve Martin, Rashida Jones, Jack Black, and Owen Wilson. The Big Bang Theory star has also been a host on Saturday Night Live and appeared on Today, Jimmy Kimmel Live, and The Tonight Show with Jay Leno. After coming out in a 2012 New York Times article, Jim received the Inspiration Award at the 2013 GLSEN Respect Awards with longtime partner Todd Spiewak.