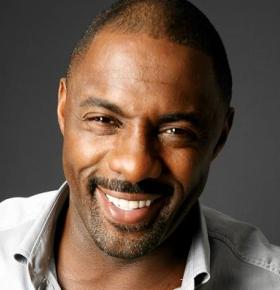 Idris Elba is an actor known for his roles portraying powerful personalities on the big screen.  One of show business’s most physically imposing presence, Elba has a unique way of illuminating the screen and filling the lead role of a star.  The versatility of an actor is often times what makes him great, and Idris Elba has starred in both American and British television series while also garnering acclaim for his performances in various films.

Celebrity Speaker Idris major breakthrough on the American Television scene came from his role on the HBO series The Wire.  During his 3 seasons on the show, Elba portrayed the well-known character Stringer Bell. Bell was the sidekick to a drug kingpin in Baltimore, and approached the drug game as if it were a financial investment.  The character became a known commodity in American pop culture especially with the urban community.  Elba’s other major television role came from the BBC series Luther.  Throughout the 3 seasons of Luther, Idris portrays the main character John Luther who is a detective fitted with the challenge of solving a series of psychotic high profile murders in London.  Back in his natural setting in the UK, Elba flourished in the role and the show has garnered acclaim in the United States as well.  The entire series is currently featured on Netflix and Elba earned a Golden Globe award for Best Actor for the role.  Film has been a major portion of Elba’s career as well.  His roles in feature films are highlighted by Takers; where he stars next to Chris Brown, T.I. and Paul Walker, and his role as Nelson Mandela in Mandela: Long Walk to Freedom.

Celebrity Speaker Idris Elba also reached a cult audience for his inspirational speech in the film Pacific Rim, which is featured in the films trailer.  Other notable accomplishments for Elba include being #2 on People’s Sexiest Men Alive in 2013, and his work with the Prince’s Trust.  The Prince’s Trust helps thousands of underprivileged youths in need of guidance and financial assistance to further their progression and achieve positive life goals.