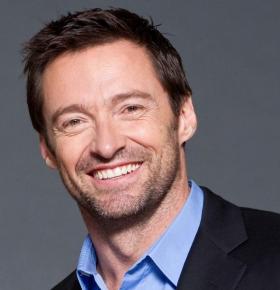 Known by many as the Wolverine, or Jean Valjean of Les Miserbales, celebrity speaker Hugh Jackman is one of the most versatile and talented actors in the industry. The Australian actor has proven to be one of the best in the game as he has won international recognition for his acting, in film, musical theater and television, and producing. He is one of the only actors able to pull of being a big-time action star one day, and the next day singing and dancing in Broadway shows.  Unlike many of Hollywood’s greatest talents, Jackman did not grow up a child star. In fact he never even considered making a career out of acting until after college. However, Jackman had always had an interest in theater, so upon graduating he started taking an acting class, and what he thought would only become a hobby turned into a career.  He then went on to attend the Western Australian Academy of Performing Arts of Edit Cowan University.  While at times he felt behind in the theater classes at the University, as most of his classmates had been studying theater their whole lives, he did not let this discourage him, and instead used it as motivation. The hard work paid off, and in less than 24 hours after graduating from the Academy he received a phone call offering him his first gig on the drama series Correlli, devised by actress Denise Roberts, which would air on ABC.  It was on the set of this show that Jackman met his future wife Deborra-Lee Furness. After the show Jackman turned to theater performing in many stage productions in Sydney. He burst onto the international scene when he landed the role in the Royal National Theatre’s production of Oklahoma! The performance garnered the actor much recognition, as he received an Olivier Award nomination. Shortly after, Jackman was cast in one of his biggest roles to date, as Wolverine in the X-Men franchise. Following X-Men came romantic comedy Kate & Leopold, thriller Swordfish, and even hosting an episode of Saturday Night Live.  In between film work he continued working in many stage productions including The Boy from Oz, which won him a Tony, and A Steady Rain, opposite Daniel Craig. To add to his repertoire, Jackman shocked audiences around the globe when he brought the classic musical Les Miserables to the big screen and lost 15 pounds to take on the challenging role of Jean Valjean. The role won him a Golden Globe and was nominated for numerous Oscars.

In addition to acting, Hugh Jackman is also an active philanthropist. The 2006 Nobel Peace Prize winner is a global advisor for the Global Poverty Project. He has visited the UN on various occasions to campaign and push leaders to make it a goal to end extreme poverty by the year 2030. He is also a World Vision ambassador and has participated in the climate week NYC ceremonies.  Other foundations the actor supports are The Art of Elysium, the MPTV Fund Foundation and the Bone Marrow Institute in Australia.  As if that wasn’t enough, Jackman uses his twitter account for charity randomly giving away thousands of dollars to individual’s favorite non-profits, and he, along with Daniel Craig, raised $1,549,953 for a Broadway Cares/Equity Fights AIDS fundraiser. It seems safe to say that Jackman’s efforts to make the world a better place won’t be slowing down any time soon.