Sports Speaker for hire Dan Fouts is a former 6x Pro Bowl Quarterback for the San Diego Chargers. Fouts spent 15 years in the NFL, setting numerous passing records and receiving countless accolade. Fouts currently serves as one half of “The Bird and the Beard” duo, as the color analyst for NFL games on CBS opposite Ian Eagle.

Drafted in the third round by the Chargers in 1973, Fouts would go on to become one of the greatest quarterbacks of the 70s and 80s. From passing yards leader to touchdowns leader, to offensive player of the year, Fouts led the Chargers to the playoffs and AFC title game in multiple years. The All-Pro Quarterback and PFWA MVP selection’s legacy would last far longer than his tenure with the Chargers, as he was inducted in the now Los Angeles Chargers Hall of Fame, named to the NFL 1980s All-Decade Team, named the Greatest Charger of all Time by fans, had his number fourteen jersey retired by the team, and was inducted into the Pro Football Hall of Fame in 1993.

Immediately after his retirement in 1987, Fouts was sought after for a role as a commentator for CBS. Throughout his career, Fouts has worked with some of the biggest names in broadcasting from Jim Nantz to Al Michaels. After a 5 year stint with CBS, Fouts made stops as a radio broadcaster in San Francisco, a college football analyst for ABC, and ABC’s Monday Night Football segment. In 2008, Fouts made his return to CBS alongside Ian Eagle and continues to call games as of the 2018 season.

WORK WITH DAN FOUTS: Would your organization like to hire Dan Fouts for an endorsement, public relations campaign, or one of a kind appearance at your next conference or special event? Contact Celebrity Speakers Bureau today to hire Dan Fouts or another celebrity sports speaker via email at booking@celebrityspeakersbureau.com . 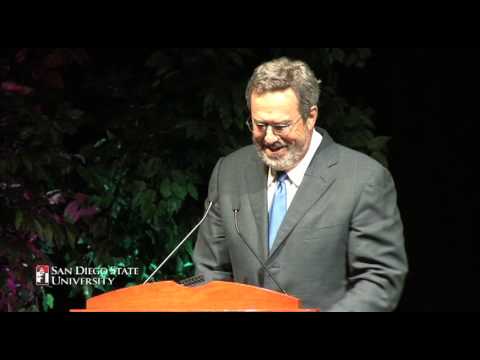