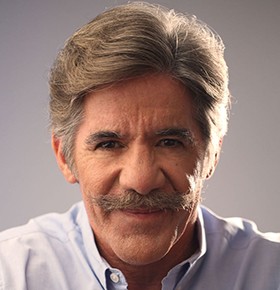 Celebrity Speaker Geraldo Rivera is an accomplished attorney, journalist, author, reporter, and talk show host. Rivera is most identifiable with the newsmagazine program Geraldo at Large, Fox News, and popular talk show Geraldo, which ran from 1987 to 1998.  The New York native attended the University of Arizona for undergrad, before returning to New York to receive his J.D. form Brooklyn Law School, and beginning a career in law enforcement serving as an investigator for the New York City Police Department.  He then switched fields from an investigator, to a lawyer. Coming from a Puerto Rican family, Rivera frequently represented the Puerto Rican activist group The Young Lords, which eventually led him to ABC news director Al Primo, when Rivera was interviewed about the group on television. Primo decided to hire Rivera as a reporter after seeing him in the interview, marking the start of Geraldo’s journalism career.

Starting off as a reporter for Eyewitness News, Celebrity Speaker GeraldoRivera climbed his way through the ranks, appearing on national programs such as 20/20 and Nightline. He then moved on to host Good Night America, followed by popular morning news program, Good Morning America. After Rivera’s departure from ABC in the 1980s, he began his own talk show Geraldo, and then Rivera Live, a show that aired on CNBC and discussed the day’s top news stories. With the success of Rivera Live, Geraldo began working as a reporter for NBC and extensively covered many important events such as President Clinton’s impeachment.  However, following the 9/11, Rivera went to work for Fox News as a war correspondent and went on assignment in Afghanistan. Recently, it was announced that Geraldo would be a part of the cast of NBC’s Celebrity Apprentice 2014-2015 season and he ended up placing in second place but still raised the highest amount of money out of any contestant in the season, with $726,000.

Outside of reporting, Celebrity Speaker Geraldo Rivera is known to be an active sailor, and has sailed his boat the Voyager in the Marion-Bermuda race. He has also authored several books, many covering topics of Hispanics in America, including A Special Kind of Courage: Profiles of Young Americans, HisPanic: Why Americans Fear Hispanics in the U.S., and The Great Progression: How Hispanics will lead America to a New Era of Prosperity.