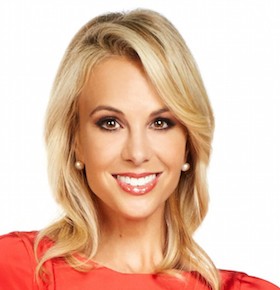 Celebrity Speaker, journalist, and television personality Elisabeth Hasselbeck debuted on the small screen in 2001 as a cast member in the hit reality television show Survivor: The Australian Outback. She made it to the final four but was voted out after a brutal thirty nine days of competition. Elisabeth is probably most known for her role as one of the hosts on ABC’s enormously popular morning talk shows, The View. In 2002, one of The View’s co-host, Lisa Ling, decided to leave to pursue other opportunities and held auditions for her replacement. Hasselbeck, along with several other women, auditioned for the role, participating as a guest-host on the show. She was given the job in 2003 and appeared on The View for ten years alongside co-hosts Whoopi Goldberg, Joy Behar, Sherri Shepherd, and Barbara Walters. During her time on The View, Elisabeth and her co-hosts won the 26th Annual Daytime Emmy award for Outstanding Talk Show Host.

In July of 2013, after months of speculation that Elisabeth Hasselbeck would be leaving The View to join Fox & Friends, ABC confirmed that she would no longer be hosting The View.

Elisabeth Hasselbeck also lives with celiac disease, an autoimmune disorder whose only effective treatment is a gluten-free diet. In an effort to help others with the disease, Hasselbeck has written two books on the subject of gluten free foods, The G-Free Diet: A Gluten-Free Survival Guide, which she published in 2008 and her 2012 cookbook, Deliciously G-Free: Food So Flavorful They’ll Never Believe It’s Gluten-Free.

Throughout her career, Elisabeth Hasselbeck has been featured on many major magazine covers including Glamour, People, Us Weekly, Life, Fitness, Curious Parents, and many more. She has also appeared as a guest on popular television programs including Larry King Live, Hannity and Colmes, Good Morning America, The Martha Stewart Show, and Tonight Show with Jay Leno. 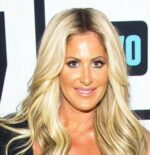