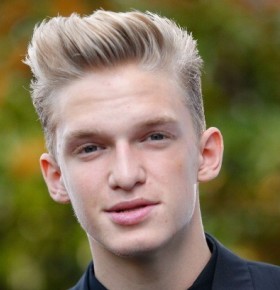 Cody Simpson is an Australian pop singer signed to Atlantic Records. Simpson became recognized for recording cover songs on YouTube, including “I’m Yours,” “Cry Me a River,” and “I Want You Back.” His path to stardom began when he was contacted by Shawn Campbell, a Grammy-nominated record producer. This year, Simpson left Atlantic Records to create his own label, Coast House. His new EP, Free, was released in late June of 2015.

In 2010, Celebrity Speaker Cody Simpson released his debut single, iYiYi, with rapper Flo Rida. The song was a major success, landing in the Australian Singles Top 50 and the Canada Singles Top 100. Having been recognized for his success with this song, Simpson appeared on Sunrise, an Australian morning television program. In December 2010, Simpson released his first EP, 4 U, which reached #4 on the U.S. Heatseekers Chart. In addition to releasing a successful EP this year, Simpson received a Nickelodeon Australian Kids Choice Award, a MNET Asian Music Award, and a Breakthrough of the Year Award. In April 2011, Simpson released the single “On My Mind,” which debuted at number 39 on the US Pop Songs chart.

Celebrity Speaker Cody Simpson had a breakthrough performance on The Today Show to promote his EP Coast to Coast; Coast to Coast was released with great success. Simpson went on to win three Nickelodeon Australian Kids Choice Awards in 2011. The following year, Simpson released his first studio album Paradise, which reached #12 on the Billboard 200 chart. In 2013, Simpson released Surfers Paradise, which was Simpson’s first album to debut in the Top 10 of the Billboard 200 chart. Simpson received an abundance of awards in 2013, including a Nickelodeon Kids’ Choice Award, a Radio Disney Music Award, a Young Hollywood Award, and an MTV Europe Music Award.

Outside of recording music, Celebrity Speaker Cody Simpson is an accomplished swimmer, having won two gold medals at the Queensland Swimming Championships. He has also appeared in a number of television shows outside of music, including Punk’d, Ridiculousness, and Cupcake Wars. Simpson appeared as a contestant on the 18th season of Dancing with the Stars.