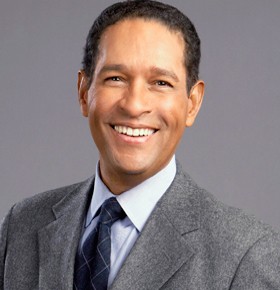 65-year-old Sports Speaker Bryant Gumbel has led a rather successful career as a broadcaster and television personality. In 1972, Bryant debuted in the television world as a sportscaster for KNBC-TV based out of Los Angeles, California. NBC respected Bryant’s work and picked him up for their NFL-pregame show, Grandstand. Bryant worked alongside co-host Joe Buck up until 1982, having covered Major League Baseball and college basketball in addition to professional football. Leaving Grandstand, Bryant became a contributing sports reporter for NBC’s The Today Show.

Bryant hosted a regular series on The Today Show, “Sportsman of the Week,” giving the spotlight to newcomers in the sporting world. In 1981, The Today Show’s stalwart host, Tom Brokaw, decided to leave to anchor the NBC Nightly News, leaving a vacant position up for grabs. Not originally a candidate, Bryant bested other hopefuls, John Palmer, Chris Wallace, Bob Kur, and Jessica Savitch to replace Tom Brokaw. At the start, Bryant worked with Jane Pauley and Chris Wallace, reporting on traffic and conducting interview segments in New York. Bryant wasn’t given any news reading duties, as NBC higher-ups felt a sportscaster shouldn’t be charged with broadcasting the news.

That all changed in 1984 when NBC sent Bryant to Moscow to do some live news broadcasting. Bryant solidified his skills delivering the hard-news and helped the Today Show regain its dominance in talk-show ratings, finally overtaking Good Morning America in 1985. As a sportscaster and newsreader, Bryant earned several Emmys during his time on The Today Show, before doing a season of Public Eye with Bryant Gumbel and moving onto HBO’s Real sports with Bryant Gumbel.

Outside of the broadcasting world, Bryant has made cameos on Seinfeld and alongside Nicholas Cage and Michael Cain in the 2005 dramedy, The Weather Man. Bryant returned to sports, accepting a deal to commentate a package of games for the NFL Network with Chris Collinsworth and Dick Vermeil. Doctors found a malignant tumor near Bryant’s lung and removed it in October 2009, allowing the adored television personality to continue his broadcasting career.