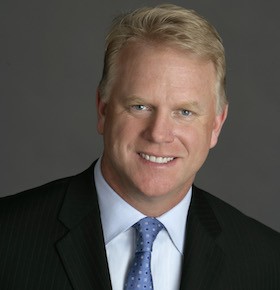 Keynote Speaker Boomer Esiason is a former NFL quarterback that played a total of 14 seasons with 3 different teams: The Cincinnati Bengals, New York Jets, and Arizona Cardinals. The former Pro Bowler is revered as one of the greatest left handed quarterbacks in NFL history. There is no question of his talent on the field but what may be more impressive is his extensive work in the broadcast booth. Boomer currently works as an analyst for the NFL Today on CBS Sports as well as the co-host on Inside the NFL on Showtime. In 2015, Boomer hosted the CBS TV Special Super Bowl’s Greatest Commercials 2015 for the 3rd time. Following the firing of Don Imus in 2007, CBS Radio chose Boomer to fill in on WFAN with his new radio talk show, Boomer and Carton.

Keynote Speaker Boomer Esiason was a 4-time Pro Bowl quarterback who won the NFL MVP in 1988. He led the Bengals to a Super Bowl berth that season and was narrowly defeated in the waning seconds by Joe Montana’s San Francisco 49ers.

Boomer retired in 1997 and the following year took his first broadcast job as an announcer alongside ABC Monday Night Football’s famous play-by-play announcer Al Michaels. In 2002, Boomer left ABC and teamed up with CBS Sports as a studio analyst with Bill Cowher, Tony Gonzalez and Bart Scott.

After his son was diagnosed with cystic fibrosis in 1993, Boomer established the Boomer Esiason Foundation to help fund research in finding a cure for the disease. His foundation provides education and awareness of the disease, scholarships, and transplant and hospital grants for people that suffer this awful disease. In 1995, Boomer was awarded the Walter Payton Man of the Year award for his generous charitable work. In that same year, Boomer wrote the children’s book A Boy Named Boomer, which was a best seller that year.