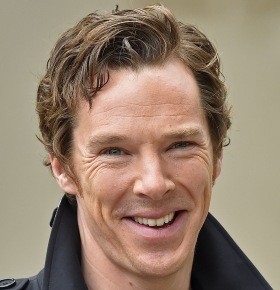 Celebrity Speaker Benedict Cumberbatch is a prominent actor with an insane Internet following. From his U2 photobomb at The Oscars in 2014 to his candid interviews gone viral, Benedict sure knows how to entertain! In 2014, the talented actor was named to Time’s coveted list of the Most Influential People in the World. Benedict has big plans for 2015 and 2016. He will be starring in Black Mass, opposite of Johnny Depp, Jungle Book, Magik, and as Doctor Strange in and upcoming film.

Benedict’s acting career began in the theater. He starred in plays such as Love’s Labour’s Lost and A Midsummer Night’s Dream in the early 2000s. He still appears on stage every now and then, starring in the Royal Nation Theatre’s After the Dance and Frankenstein in 2010 and 2011. He was nominated and won the Olivier Award for Best Actor in a Play for his role in Frankenstein. After dabbling in theatre and some radio, Benedict moved on to television and film.

Celebrity Speaker Benedict’s first real big screen hit was starring as Stephen Hawking in the 2004 hit television movie Hawking, where he was nominated for a BAFTA for Best Actor. Some of his other hit films include Stephen Spielberg’s War Horse, Tinker Tailor Soldier Spy and a voice role in Penguins of Madagascar.

Since 2010 Benedict has performed masterfully as Sherlock Holmes in the TV series Sherlock on PBS and BBC One. The show is a huge success, launching an official mobile app in 2014 and garnering Emmy and Golden Globe Awards. Benedict received the Golden Globe for Outstanding Lead Actor in a Miniseries or Movie in 2014.

The second half of 2013 was a coming out party for Benedict. He starred in Star Trek Into the Darkness, 12 Years a Slave which won Best Picture at The Oscars, The Fifth Estate, and August: Osage County.  His most recent film role came as Alan Turing in The Imitation Game. Benedict is a wonderful actor and celebrity personality whose long list of industry accolades are a testament to his lovable personality on camera.

Celebrity Speaker Benedict is also a father! He and his wife, actress and director Sophie Hunter, welcomed a son in 2015.