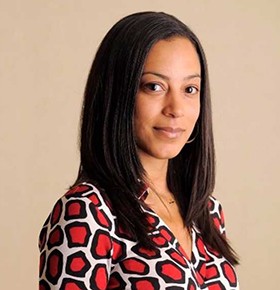 Women’s empowerment and political speaker for hire Angela Rye began her professional career as a lawyer and has since become one of the most beloved female political strategists and TV commentators in American today. She is regularly featured on major news programs including CNN and NPR to discuss political and social issues including the current political climate in America, ongoing policy changes, social justice, sexual harassment and women’s empowerment in the workplace. When she is not on camera, Angela works as the Principal and CEO of Impact Strategies which she founded in 2013. Impact Strategies is a successful political advocacy group headquartered in the nation’s capital.  She is also the founder of the nonprofit organization, IMPACT, with the purpose of building up young professionals in 3 critical areas – civic engagement, political activism and economic empowerment.

Angela first served in the district office of Congressman Maxine Waters as well as working as the western region director for the NAtional Black Law Students Association. Her work in legislative advocacy began when she was named the Coordinator of Advocacy and Legislative Affairs for the National Association for Equal Opportunity in Higher Education. From 2011-2012, Angela served as the executive director of the Congressional Black Caucus for the 112th Congress. In this role, she was in charge of developing the entire political and legislative strategy for the Caucus.

Some of Angela’s industry awards and achievements include a spot on Fortune Magazine’s list of 40 Under 40 Women To Watch, being named to Marie Claire Magazine’s annual list of Power Woman, and recurring awards as one of the top female leaders in Washington, D.C.

Would your organization like to hire Angela Rye as a keynote speaker for your next special event or industry forum? Contact Celebrity Speakers Bureau today to hire Angela Rye or another top women’s leader via email at booking@celebrityspeakersbureau.com.