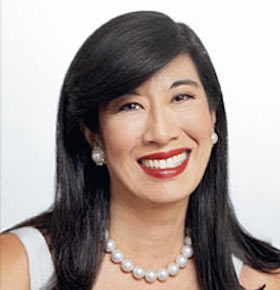 Business Speaker Andrea Jung is a business executive and avid women’s issues supporter. She is the current President and CEO of Grameen America, a nonprofit microfinance organization. Before being appointed President and CEO of Grameen America in 2014, she played a prominent role at Avon. In 1999, she was appointed as the first female CEO and Chairwoman of Avon Products, Inc. in the company’s 126-year history. She held this role until 2012 making her the longest-tenured female CEO of a Fortune 500 company.

Along with her success in business, business speaker Jung has made great strides in women’s health and empowerment movements. The Avon Foundation for Women under her leadership was able to award out over a billion dollars to causes supporting women across the world. In 2010, she received the Clinton Global Citizen Award for her efforts.

Jung is an impactful and highly-sought after public speaker who discusses topics ranging from global branding and motivational strategies to women empowerment.